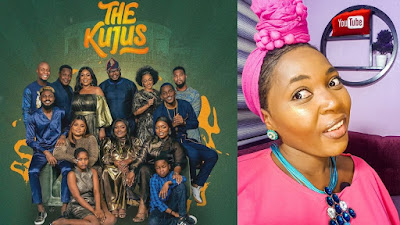 ITK THE MOV IE unravels around the Kuju siblings who are tricked by their youngest sister into visiting the village (Badagry) for a re-membrance of their late mother five years after the death of their mother. The loss of their matriarch left a gaping hole in the family due to her role as a unifying factor. The tension between

the siblings was underestimated as they soon found out.

Directed by acclaimed filmmaker, Biodun Stephen, ITK movie puts the shine to the famed city known for historical landmarks and relics such as Gberefu Island (Port Of No Return), Slave Museum, first story-building among others.

ITK is produced by award-winning actress, Bisola Aiyeola and Winifred Okpapi with Adeoluwa Owu as Director of Photography.