Kunle Afolayan's CITATION Is A Break From The Norm 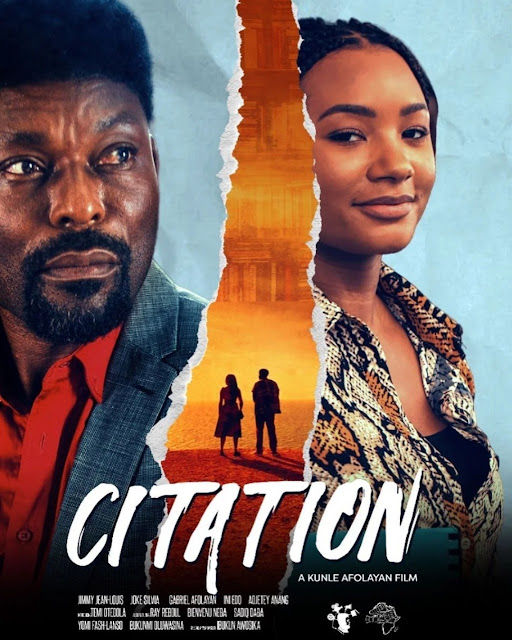 Why are we not surprised?

Inspired by BBC's 2019 sex for grades documentary, Citation follows the story of Moremi Oluwa (Temi Otedola) a 21 year old postgraduate student who seeks justice after an attempted rape experience with her professor.

This is not an unfamiliar story, but it is told in a rather compelling and intriguing manner. I love it! I was particularly blown away by the film's excellent cinematography, sound, costuming, set design, dialogue, and use of language.

I love how CITATION reminds us of the beauty of Africa, its people, culture and fashion. Noteworthy was also the chemistry between Moremi and her Dr Boo (Gabriel Afolayan). Their lovey-dovey scenes were like icing on the already yummy cake.

Jimmy Jean-Louis' role as Prof. Lucien N'Dyare, Temi Otedola as Moremi, Gabriel Afolayan as Koyejo and Ibukun Awosika as herself were

my favourite as they made the whole experience worth my while.

Even though CITATION is in a class of its own, it definitely isn't without flaws which were surprisingly rather too obvious. The movie dragged on for too long with a lot of unnecessary scenes and dialogues. I honestly believe that CITATION would have turned out better, if only the producers understood just how  'impatient' movie lovers and critics have become in recent times.

THERE'S NO TIME TO CHECK TIME!