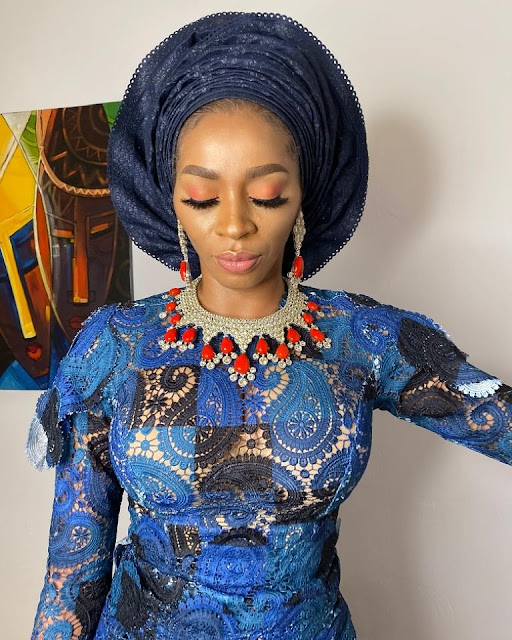 Dr. Folasade Noimat Okoya, the beautiful wife of billionaire businessman, Chief Rasaq Okoya was the cynosure of all eyes at the talk of the town coronation ceremony of Chief Kessington Adebutu as the Odole Oodua on the 19th of October, 2019 in Ile-Ife. 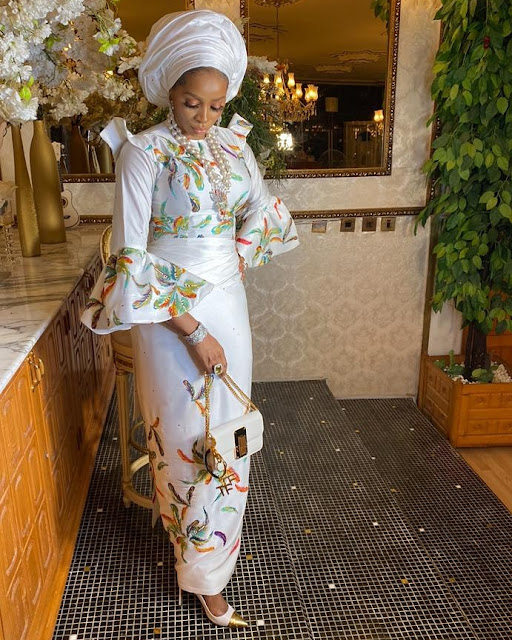 The elegant businesswoman who is respected and adored by Nigeria’s high society, often associated with class and a sophisticated sense of style attended the 2-day event in the most stunning outfits designed by Nigerian fashion designer, Bunmi I, and accessorized with eye-popping fashion accessories from notable foreign brands such as Tom Ford and Manolo Blahnik.

As always, Sade Okoya was the center of attraction at the event which was attended by the high and mighty across Nigeria. She came alongside her husband, Chief Okoya who looked quite cheerful and ready to party with his long time friend, Sir Adebutu. This very hardworking lady of style who has ensured that her life is not just about parties or fashion is an epitome of panache as she always exudes an air of grace and model to younger ladies.

Strutting in like the Queen that she truly is, Sade Okoya made not a few heads turn in awe of her beauty and charisma. We can’t wait to see her attend
another high society event before the end of the year.

The Ooni of Ife, Oba Adeyeye Enitan Ogunwusi announced business mogul, Sir Adebutu Kessington the new Odole Oodua of Yoruba land at a press conference preceding the big installation ceremony in Ile-Ife. The event which took place a few days before the 84th birthday celebration of the Chairman of Premier Lotto is still on the lips of many due to the calibre of guests who trooped in from all works of life.

With the title, the Iperu Remo, Ogun state –born billionaire, Chief Kessington Adebutu a.k.a Baba Ijebu or Dodondawa joined the league of the late Chief Obafemi Awolowo and Chief G.O.K Ajayi who were honoured with the title pioneered by the great Oranmiyan as a prince of Ife.

Like his predecessors, Sir Adebutu’s exemplary achievements in the society were crucial factors in his consideration. The billionaire is the Babalaje of Lagos, Olotu of Lagos and Asoju Oba of Lagos. He is the Baba Oba of Iperu Remo, and Akogun of Remo Land. He was installed as Bobaselu of Ondo by the Osamawe of Ondo Kingdom. He is the Baba Oba of Noforija Kingdom, Epe.

Before his predecessor, Ajayi was made Odole by the late Oba Okunade Sijuade, late Premier of Western Region, Chief Obafemi Awolowo was Odole having been installed by the late Sir Adesoji Aderemi, the 49th Ooni of Ife.

The traditional title of the Odole of Ife has been retained as part of Ife’s social and political system and specially conferred on distinguished Oodua descendants who in present times can replicate the roles played by Oranmiyan.

It will be the first of such a ceremony by the present Ooni of Ife, Oba Adeyeye Enitan Ogunwusi, Ojaja II since his ascension to the throne as the 51st Ooni.