A MADEA FAMILY FUNERAL Is The Best MADEA Film? 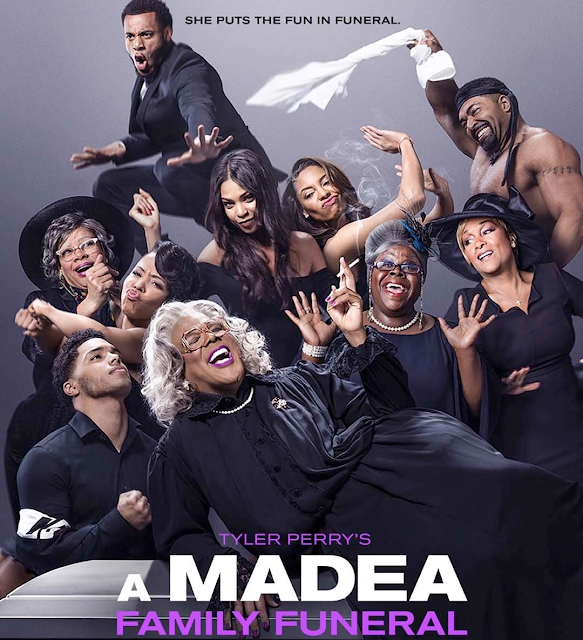 Hold up! Before anything else, let me reassure you that our beloved MADEA does not die in "A Madea Family Funeral." That would be too much too handle right? But Tyler Perry has said this will be her last film appearance (she has been in 10 previous live action features, starting with "Diary of a Mad Black Woman" in 2005.

I'm a huge Tyler Perry fan, but I'm going to be as unbias as possible when I tell you this film is definitely a good bargain. My review is coming rather late because I didn't get to see the movie early enough.

I honestly enjoyed watching this one just as much as every instalment of the Madea film series. I love that "A Madea Family Funeral" just like the previous instalments, upholds traditional moral sensibilities and entertains without holding back! By the end of the movie, MADEA had served as a funeral director, minister, and
marriage counsellor in her usual 'silly but wise fashion'.

I strongly recommend you see it, if you still haven't. But if you have, is A MADEA FAMILY FUNERAL the best of the Madea film series? If you ask me, Madea's Family Reunion continues to be my favourite till date!