MOVIE REVIEW: Expectedly,Taraji P. Henson Is the Star of WHAT MEN WANT 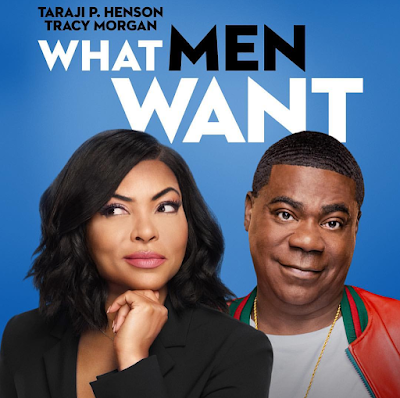 Before anything else, I’d like to note that the film WHAT MEN WANT was way more than I expected, and Taraji P. Henson played the heck out of her ‘Ali Davis' role. Oh dang! I’m still recovering from her bants with ‘Sister’ the psychic played by Erykah Badu.

WHAT MEN WANT basically tells the story of ‘Ali Davis’ who is boxed out by the male sports agents in her profession, but gains an unexpected edge over them when she develops the ability to ‘hear their thoughts’ thanks to a session with a mysterious tea-bearing psychic named ‘Sister.’

While I’m not a fan of the rather confusing and unbalanced storytelling here, my succour really is Taraji’s hilarious and graceful performance which gets me rooting for Ali Davis' character even in her worst moments. I could mention so many scenes where she totally delivered like a ‘badass’ that she truly is, chief of which is the ‘condom on the skirt moment’. I honestly won’t forget this movie and some of its profound messages in a hurry, but I most definitely would have preferred if it wasn’t as long and draggy as it ended up being.

Nevertheless, I am
totally here for Ms. Henson’s performance and Erykah Badu’s effortless charm as the ‘weed dealing fortune teller’. These right here are the reasons you should see WHAT MEN WANT!

P.S.  Just between us, where in Nigeria can I get that mysterious world famous tea? I really would like to hear men’s thoughts. Oh! Sorry, I’m actually just asking for a friend.