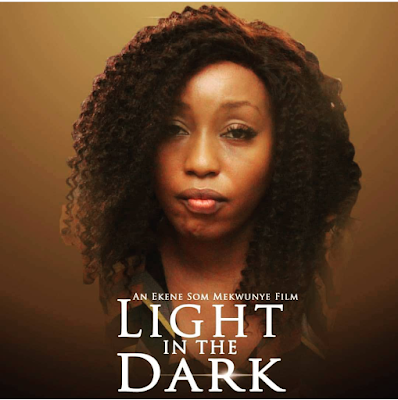 LIGHT IN THE DARK follows the story of ‘Emeka’ and ‘Jumoke’ who have been married for 11 years and have a 10-year-old daughter who they love dearly. ‘Jumoke’ has been trying hard to have another child hoping it would be a boy to appease Emeka’s family that places emphasis on a male child.

A gang attacks them one night and the gang leader makes Emeka decide who would get raped, his wife or daughter. This puts a strain in their relationship as their world starts to fall apart afterwards.

I am a sucker for great drama and believable performances by actors. The cast and crew of ‘LIGHT IN THE DARK’ were more than spectacular and I was particularly pleased to watch Rita Dominic play ‘Jumoke’ in such a graceful manner- no exaggerations whatsoever. I honestly wasn’t expecting less! It was
believable acting from start to finish.

Cinematography was descent and I had no major issue with the plot of LIGHT IN THE DARK. I was impressed by the storytelling and how detailed this film really is.

I enjoyed every scene and recommend that you see this beauty called ‘LIGHT IN THE DARK’. You really shouldn’t miss this one!