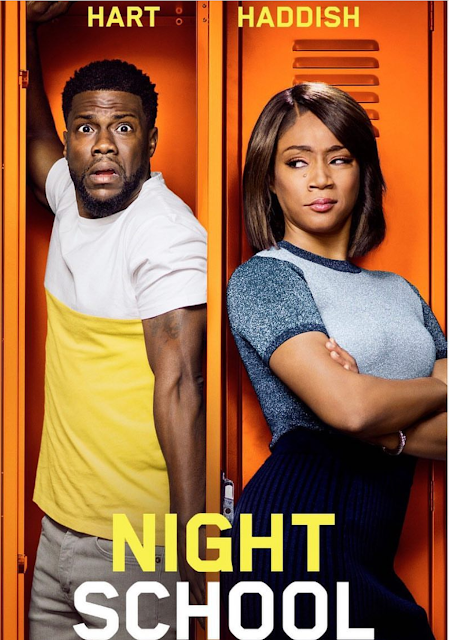 Teddy Walker (Kevin Hart) is a successful salesman whose life takes an unexpected turn when he accidentally blows up his place of employment. Forced to attend night school to get his GED, Teddy soon finds himself dealing with a group of misfit students, his former high school nemesis and a feisty teacher (Tiffany Haddish) who doesn’t think he is too bright.

‘Night School’ is one of the most hilarious movies I’ve seen this year. I’m highly impressed that the incredibly funny duo of Kevin Hart and Tiffany Haddish did a fantastic job of delivering such an empathetic look at learning disabilities in a refreshingly comic way. This is a feel good comedy whose message gets to us in a relatable manner. I learnt a lot about learning disabilities such as dyslexia, and
dyscalculia while at the same time, laughing my heart out. It was such an experience!

I can’t seem to find any shortcomings whatsoever, so I strongly recommend that you shouldn’t miss ‘Night School’ for anything in this world.