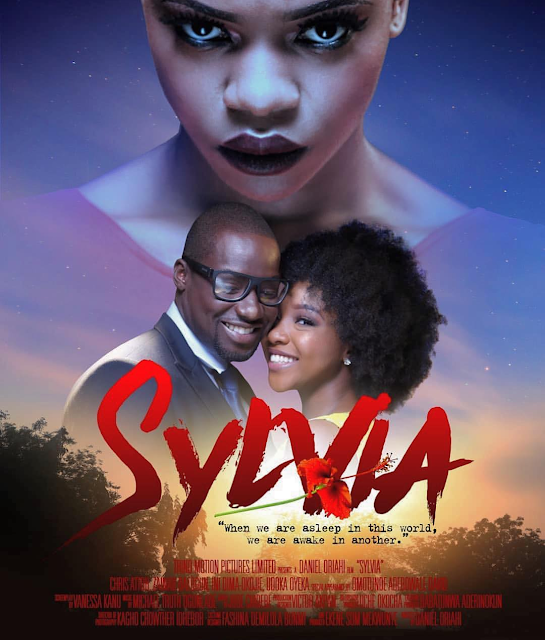 Sylvia tells the story of Richard Okezie who decides to leave Sylvia, his lifelong imaginary friend and lover for Gbemi, an actual human being. Time and life goes on leaving Richard in a dicey situation. He is now faced with the decision on a future and full commitment, either to the real world with its demands, or the surreal world which houses an increasingly frustrated Sylvia.

This movie brings us a huge ray of hope, showing us why we shouldn’t give up on Nollywood. ‘Sylvia’ is so impeccably done that you won’t notice any fault, even if you are a perfectionist. I still can’t comprehend how the crew perfectly took care of every detail; they sure had us (the audience) in mind at every stage of production. The cast and crew deserve all the ACCOLADES of this world!

‘Sylvia’ is built on a great story which surely isn’t the first of its kind, but definitely nothing like the rest. We have seen a story similar to this in Nollywood , but this one right here is ‘THE ONE’. The screenplay was done so well that I couldn’t point out any errors. No editing mistakes whatsoever. I can authoritatively say this movie is one of the best to come out of Nollywood ever! The director did a marvellous job, and the actors were simply phenomenal. The trio of
Zainab Balogun, Chris Attoh, and Ini Dima Okojie made me forget I was watching a movie; they were so believable and showed us that acting should be as ‘natural’ as possible with no exaggeration, “unnecessary maggi and sugar” Period!

I strongly recommend that you see for yourself what absolute awesomeness the movie ‘SYLVIA’ really is.