MOVIE REVIEW: Odunlade Adekola’s ‘THE VENDOR’ Is Far from What We Expected! 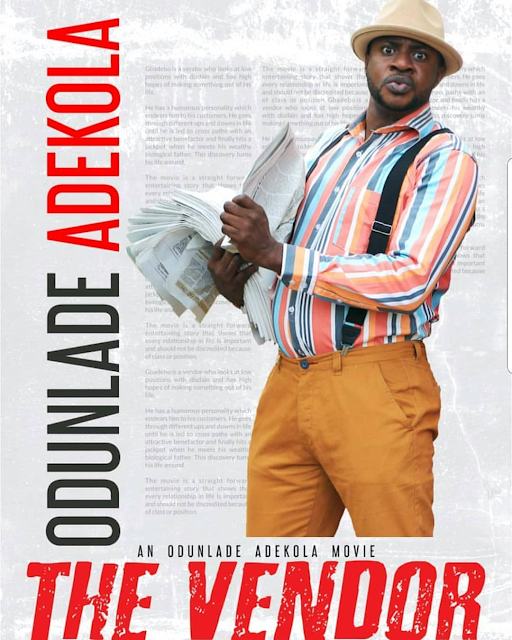 Let me start by telling you that Nollywood sweetheart, Odunlade Adekola will rake in millions anytime he releases a movie at the cinemas. Whether the movie is cinema-worthy or not is a different tale. The fans love Odunlade Adekola! Nevertheless, below is what I think of ‘The Vendor’.

‘The Vendor’ follows the story of Gbadebo, a vendor who looks at low positions with disdain and has high hopes of making something out of his life. He has a humorous personality which endears him to his customers. He goes through different ups and downs in life until he is led to cross path with an attractive benefactor and finally hits a jackpot when he meets his wealthy biological father. The discovery turns his life around.

As a comedy, ‘The Vendor’ scores above average because it really does make you laugh. Simply put, the movie is a funny one. But is it cinema-worthy? Of course not! Did the audience like it? No, they loved it! The entire hall found the movie hilarious. Now that is what a work of comedy should do to its audience. Make them roll with laughter.

My major issue with the movie is the storyline; the story had no proper structure, it was nowhere near solid, and the production seemed rushed. Most of the scenes had a ‘comedy skit feel’.

If I got a chance to say something to Odunlade Adekola, I’d simply ask
- Don’t you think ‘The Vendor’ could have made a greater watch with excellent ratings and reviews, if only it had a proper structure and definite theme?