MOVIE REVIEW: ‘FUNKE’ Is The Reason You Should Never Judge A Book By Its Cover! 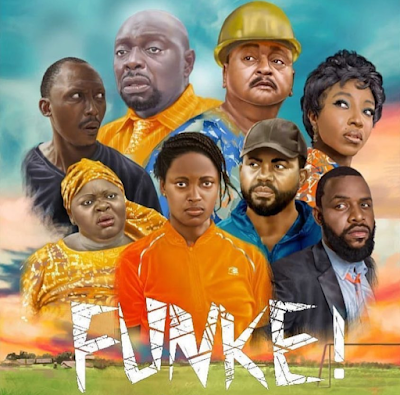 I’ll start by informing you that ‘FUNKE’ is not your conventional Nollywood story. I simply wasn’t prepared for what I saw at the cinema; the poster doesn’t in anyway give the movie away. I was surprised in a good way, and I must commend Miracle Inyanda who played FUNKE. She did justice to her role and made the experience worth my while.

Let me give you a synopsis of the movie. The story follows Funke’s life and people who are close to her. It shows her struggles in finding success as a footballer during a period when it was predominantly considered a man’s game.

I enjoyed watching ‘FUNKE’ struggle with life’s challenges and eventually overcoming them. I also loved the fact that even though it wasn’t an extraordinary story, it seemed like one because it wasn’t exaggerated or forced. This was a simply story put together in a refreshing way.

Of course, I noticed some errors especially
some irrelevant characters, and scenes. They added little or nothing to the film. I just couldn’t deal!  I’m only excited because these errors take nothing away from the solid story and the acting prowess shown by the lead character which were the highpoints as far as I’m concerned.

If what you need is a break from the norm, FUNKE! is the movie for you!