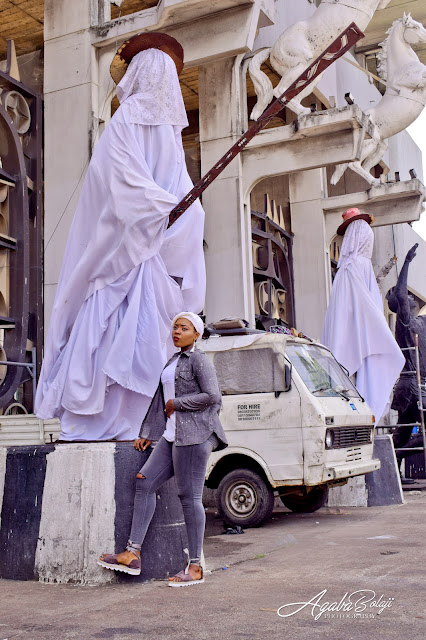 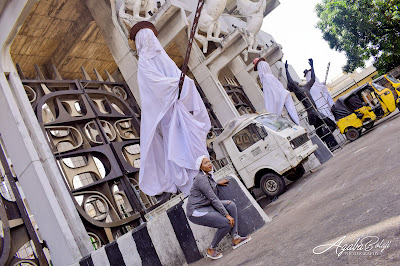 The Tafawa Balewa square can easily accommodate 50,000 people and boasts of gigantic sculptures of four white horses hovering above the gate and seven red eagles which are symbols from the national emblem signifying strength and dignity.

The square also possesses other monuments such as the Remembrance Arcade constructed to honour veterans and victims of
the WW1 and WW2 as well as the 26-storey Independence building.

I am Qismat Aderayo Yinus a.k.a thatisaleekochick and I celebrate the prestigious Tafawa Balewa Square because it symbolizes a historical, political, and cultural landmark in Nigeria.

Special accolades to my team for making this photo shoot a beautiful experience!