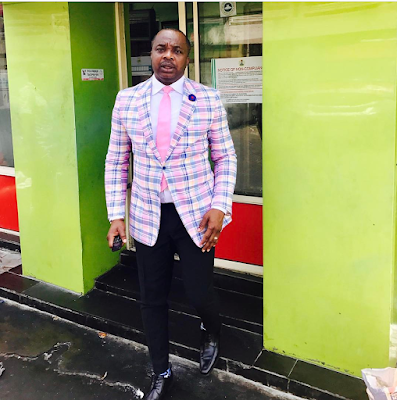 Growing up in Isale Eko was one of the best things that ever happened to me because I had disciplined parents. Despite the fact that it was a noisy area which is notorious for a lot of violence, my dad always told us “white pap comes out of a black pot, I want to see you as the white pap.” I remember my dad showing us a mad man on the street , telling us that Indian hemp was the cause of the man’s insanity, and from that moment I had the notion that smoking made people run mad. All of these shaped my perception towards life. I was scared of bad influence or peer pressure so I was very careful with the kind of company I kept. I had friends who smoked , but I’ve never smoked in my life. I only allowed myself to be influenced by the goodness in Isale Eko like the powerful dress sense; I love to dress well.

I also have fond memories from Isale Eko because growing up there gave me confidence, and I was able to hold my head up high anywhere I found myself. Lagos Island brought the best out of me; I was able to face challenges and become a man while I was still a boy. It brought about boldness and the will to move forward in life. 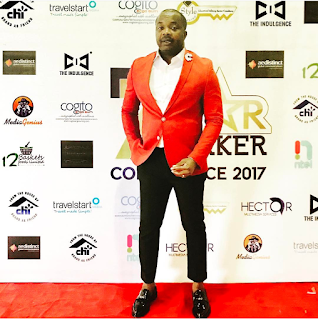 Isale Eko is actually a very unique place; you have some ancestral traditions like the Eyo Festival and some others. The uniqueness of Isale Eko is in Isale Eko itself. While we were growing up, there was this system of people sleeping during the day, and
waking up in the evening to dress up with no specific place to go, but times have changed, and most people on the Island no longer do all these. People have become really hard-working these days. I can confidently say that we currently have about 200 small chops companies on Lagos Island. We can say that Isale Eko is the headquarters of small chops or finger foods business in Nigeria. Some people still have this mentality that you need to get involved in shady businesses to be rich, but we thank God that there are people like us with good reputation. You can’t really talk about Isale Eko if you haven’t been there. Lagos is the most commercialized state in Nigeria; it is a state where you can achieve a lot. Little wonder people from the village want to come to Lagos, it is like ‘America’ to them. Nollywood ‘sells’ Lagos to us as the centre of commerce where villagers want to move to. Most businesses like 12 Baskets start up in Lagos and move to other parts of the country later.

12 Baskets started from Lagos Island; I had just finished my tertiary education, and I had always thought that if I do not get employed, I’d employ myself. This is the kind of notion that is missing in the youth of today. How do you employ yourself? You can do freebies for people, and when they realize your value, they employ you. That was how I started. I had a catering background because my mum had a canteen in Obalende. I’m the first born so I always assisted her at the canteen; that was how the food business all started, and now I am the Chief Chef and C.E.O of 12 Baskets.


The secret to being a great Chef is taste. It’s not about being a foodie, but having the passion and great taste. I had these elements since I was about 5 years old, because I always assisted my mum.

I’d say 12 Baskets came into existence as a result of the unemployment rate in Nigeria, and it has grown into what it is today. I started the company 14 years ago, and we are still on the journey of making 12 Baskets a household name in Nigeria. We don’t limit ourselves to Finger foods, we provide value added services; we run 12 Baskets Academy which is our training school, and 12 Baskets Entertainment.


At 12 Baskets, we give back to Isale Eko by engaging in programmes that support the youth; we employ interns and pay them well so they can set up their own businesses. We also sponsor some students in school.
Follow on twitter Follow @BeautifulBlogga
Posted by thatisaleekochick at 2:49 pm