"Raising A Child In Idumota Was A Huge Task" - Aisha Abimbola 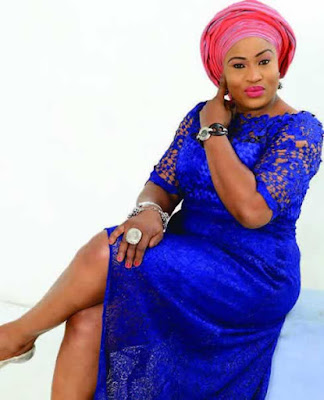 Popular Nollywood actress, Aisha Abimbola a.k.a ‘Omoge Campus’ speaks on her upbringing in Idumota, Isale-Eko, Lagos, journey into the world of showbiz, and motherhood experience, in this chat with thatisaleekochick. Enjoy!

My name is Aisha Abimbola Musa. My parents Alhaji and Mrs Fatai Adio Musa are both late. They gave birth to a set of triplets in the early 70s and I'm the only girl of the set. My upbringing was tough and rough because my mum passed on when I was about 11 years old and I had to look after my dad and siblings. It wasn't easy but thank God I conquered. 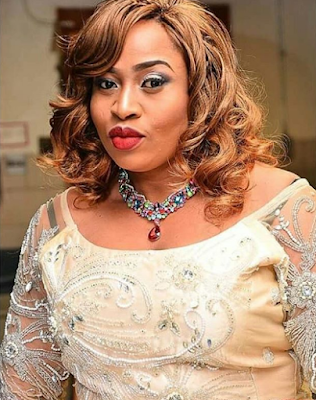 Acting started from my primary school days at Ansar-ud-deen Alakoro, Oke- Arin, Lagos Island.  I was a member of the school's cultural group, and a member of another theatre troupe. My father was a staunch Muslim and never liked acting as a career or anything at all that attracts undue attention to children, especially the girl child. Dad loved me so much and was almost over protective of me. I remember I was also a member of an Islamic singing group, AL Kabir Muslim singers founded by Mrs. Kabirat Shobola Borokinni. Though it was a religious group, my aunt, Alhaja Popoola and people from my Arabic school had to persuade my dad for weeks before he allowed it. He was a disciplinarian, and I'm thankful to God for the kind of parents I had. Raising a child in Idumota, Lagos Island, was a huge task only the tough ones could handle. Acting is a passion. Imagine being paid for doing what you love doing. It's awesome, isn't it?

The challenges of being on set with professionals in the field, having to sometimes play nasty, arrogant, rude and wicked roles sometimes get me so emotional. There was a time I played Funke Akindele's wicked sister, and in the scene, I was to throw a mug at her and it accidentally hit the continuity man. I trembled and wept. I'm naturally a no- nonsense person, but cool, humble and kindhearted. So I just remind myself, “Aisha, you are working, you are paid to do this, so no mistake or sentiment is needed.”

“Omoge Campus” was a movie
I took part in. I was the leader of the group of naughty girls called "OMOGE CAMPUS." I'm indifferent about the nickname.

My parents. It’s amazing, how they raised us with their house helps without discrimination. We didn't even know they were domestic staff until they had to leave. We went to school together, ate, worked and did everything the same way.

Life is more than just a dream; life is what you make of it. Life and death have a lot to do with the power of the tongue, so I watch my words a lot. Even while I’m joking, I speak life, I talk positive. Also, I know all things work together for my good.

Motherhood is a school of higher learning; it brings out the best in you. It has taught me to learn and know a little bit of a lot of things, because you don't know where the children's questions will come from and you don't want to fail. I've also learned to always stay strong for my children irrespective of the situation I find myself.

Amitabh Bachchan is my celebrity crush.

Oh, I love cooking. I don't get tired of cooking. I also love driving, listening to music and visiting new places. I like being around little children and listening to them talk.

Fashion to me is looking good without going nude. I love things that complement my physique and I wear high heels for elegance.