Who NYSC Don Epp? 4 Reasons Why The Scheme Must Be Scrapped 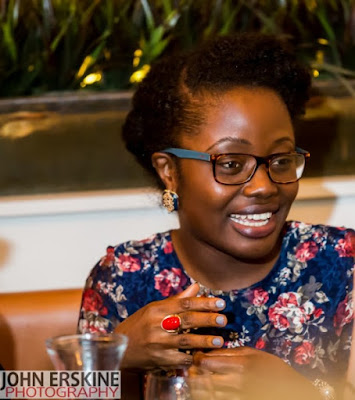 Contracts Negotiator and Freelance Writer, Lara Popoola doesn’t see the need for the National Youth Service Corps (NYSC). She bares her mind in this interesting piece;

One of the questions I was frequently asked after graduation was whether I would return to Nigeria to take part in the National Youth Service Corps (NYSC). My candid answer was always “No – why should I?” Transcending the fact that NYSC did not align with any of my life plans at the time, I simply did not appreciate the value proposition. Some of my friends who had gone tried to tempt with the pomp and pageantry of orientation camp, making new friends, discovering a new culture and the golden opportunity for one lucky man to find his missing rib (yes- I’ve heard about the relentless pursuits). As tempting as it was, the moment I overlooked the novelty, and weighed the measurable benefits, I was content with my decision.

My advantage was that I had a choice, I could say no. That is a luxury majority of Nigerian graduates do not have due to the compulsory nature of the program. Serve your motherland or be damned – at least, that is the case especially for the millions who long for the day the country will serve them in return. An opportunity to be gainfully employed after long years of laboring in education is not too much to ask. Unfortunately, one too many have gone to NYSC and never returned home.

Recent news about the death of 3 youth corps who died last week at NYSC camp and allegations of negligence from staff has resurrected a renewed public outcry to scrap or revamp the program. Many are claiming the program is useless and redundant. “Who NYSC Epp?” is the question many are asking. What has it done for me?

I sympathize with the plight of these young people, and support the motion to scrap the program for the following reasons:

It has outlived its essence


NYSC was birthed in 1973 from the ashes of the Biafran war as a bridge to connect people all across the country, provide exposure to different cultures and foster national unity by posting graduates to States different from theirs. It was a credible idea at the time, which most likely achieved its aims in the immediate years following the war. 40 years later, the country has evolved, and we are fighting a different war. Yet, like most institutions in Nigeria bedevilled with corruption, NYSC has failed to re-assess its objectives, and take into consideration the evolving needs of the country and its youths. If we are really serious about achieving national unity, my question to the government is, why wait so long? Why wait till people are fully fledged adults before half-baked, forceful and sometimes downgrading measures are put in place to enforce national unity, when in actual fact, most youths are already set in their ways, with strongly formed prejudices and opinions by the time they graduate from university. Surely, what the country needs is a well thought out cradle to grave program that educates and empowers every citizen to be respectable and valued members of the society. Until then, we may never be able to boast of national peace and unity.

The risks are too high


The poor management of the program means that very few leave unscathed. Increasing security issues in many parts of the country means that Corps are exposed to unwarranted dangers. Many have lost their lives due to tragic road accidents, boko haram and election violence. Some developed serious health issues due to the unique challenges of their new environments. Reports of sexual abuse and harassment abounds. If the same structures from decades ago still exists, and no tangible investments are put in place to accommodate the increasing number of Corps, surely we are just laying the foundation for a national disaster.

It is of little or no value


Every year, universities across the country churn out thousands of graduates who would have spent anything between 4-7 years obtaining their degrees. What most graduates desire at that point is valuable work experience or gainful employment, especially if they don’t have rich parents to send them abroad for a postgraduate degree. However, majority will spend up to a year at home waiting to be called to service, then spend another year posted to a remote community, most likely teaching in public schools, subjects that are far removed from their degrees. What meaningful and relevant experience does an engineering graduate gain by teaching government in a public school, only to be asked for 5 years relevant work experience by a potential employer? No wonder many return home jobless and frustrated. At best, a handful who had been fortunate enough to serve in a corporate organisation, providing cheap labour for a year, would be retained and fully employed after their service year, while the majority would have learnt some sort of vocational skill and be forced into self-employment.

It is a waste of time and resources


The scheme is very expensive, estimated to cost the country 60-80 billion naira per year. You don’t have to be a genius to conclude that spending that significant amount of money on such a redundant scheme, while millions of youths are languishing in poverty and dealing with very long periods of unemployment is an absolute waste of time, money and people. If only the people in charge dare to be selfless, listen to the complaints of the masses, and collaborate with major stakeholders (i.e the graduates, universities, parents and employers) to devise innovative and relevant schemes that will better serve the collective needs of the country.

In the end, we cannot isolate NYSC from the corrupt system, scrapping it might just dig deep holes in the personal pockets of too many public officials. However, I am optimistic that the government will wake up from its slumber, and approach the drawing board with a holistic view, and provide benevolent options for the youths.