Diary Of An Isale-Eko Chick: April Came With So Many Events!!! 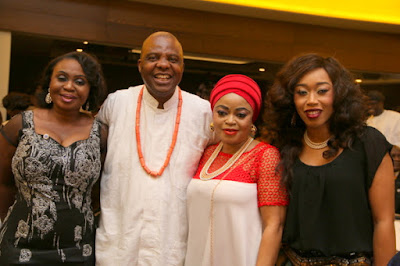 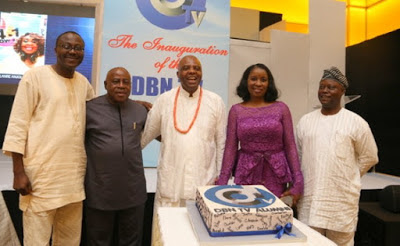 On Saturday,April 30,2016, the community of ex-staff of DBN Television hosted a high octane 60th birthday celebration in honour of the Chairman and founder of DBNTV,Chief Osa Sunny Adun, at the Eko Hotel & Suites,Victoria Island ,Lagos. As a tested and trusted Isale Eko Chick, I attended the event,and thought it wise to bring it right here in my very public diary. Lol! Enjoy!

The very successful event which was well attended by dignitaries who are mostly ex-staffers of DBN was indeed a befitting birthday celebration for Chief Adun who represents a trailblazing spirit and an irrepressible agent for the transformation of the broadcast media landscape in Nigeria.

The event which doubled as the inauguration of the DBN Alumni body had in attendance notable figures such as, Bisi Olatilo,Quincy Ayodele,Alhaji Muri Gbadeyanka of MITV,Essence,Frank Edoho,Bovi,Weird MC, and a host of others.

In an interview with me, myself, and I, the very eloquent and hardworking boss of DBNTV spoke on his
achievements as the founder of Nigeria's first private television station and more. 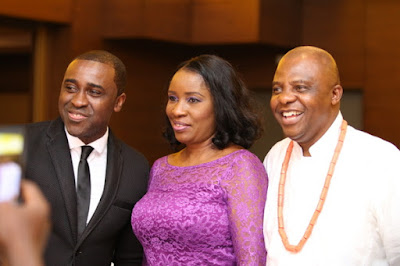 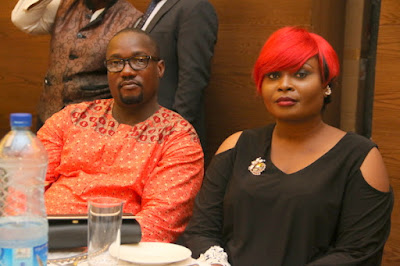 It feels great. It is wonderful,and I want to wish everybody the very best. I'm shocked by this overwhelming love shown to me by my staff.

You just mentioned your staff,can you list some of the popular media personalities that passed through DBNTV?

How does it feel to have trained over 50 notable media personalities?

DBN as a brand started in 1984,but DBN Television started in 1995,and it has been on since then. it was the first private Televison station in Nigeria.

So,how does it feel to be the owner of the first private
Television station in Nigeria?

I feel fantastic. It's a very fantastic feeling.

DBN Television has produced over 50 top broadcasters in Nigeria,and some others who are in the oil and Gas sector,some in politics.

Some of the notable media personalities who passed through DBN Television include:

Founded in the United States of America in 1984 and incorporated in Nigeria in 1986, DBN is a total communication and entertainment conglomerate involved in terrestrial broadcast in Lagos and Abuja apart from content development and distribution.
DBN relayed live to millions of viewers in Africa, the 1984 Los Angeles Summer Olympics thus earning the enviable and distinctive mark of being the first African company to market and televise to viewers on the continent an IOC event. Since then, DBN has continued to bring to the African Audience both international and African sporting fiestas.

DBN’s foray into TV broadcast came with the deregulation of the broadcast industry in Nigeria. DBN began operation 1995 in Lagos.

Over the years, DBN has acquired the reputation of an international media organisation specializing in the areas of news, sports and entertainment programming and distribution deploying state of the art technology that has been our competitive advantage.

As the number one sport organisation in Nigeria and a leading one in Africa, DBN was able to bring to the Nigerian audience major international sports events from 1984 till date. Some of the events are:

Contribution to the Nigerian Broadcasting Industry:

As a pioneer private broadcasting Television station, DBN pioneered with the AM/PM Belt of programmes. DBN’s array of sports programmes were new in television broadcasting in Nigeria and their pioneer role in the broadcast of live sporting events to Africa went as far back as 1984.