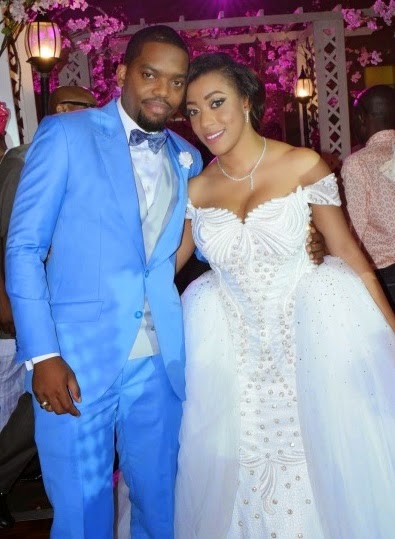 Senator Florence Ita-Giwa’s daughter, Koko Ita-Giwa who got married last year to Chimaobi Obioha in an elaborate society wedding is pregnant. Koko who is in her 20’s was spotted recently at an occasion looking visibly pregnant.
How Regina Askia's First Daughter Escaped Auto
Crash 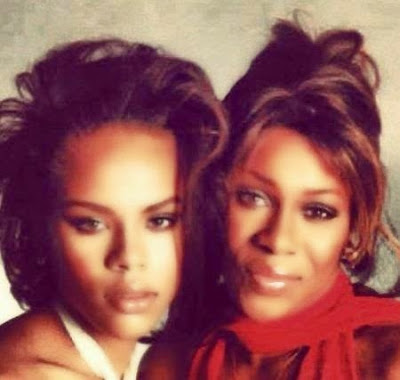 Former Nigerian actress and now a nurse in the US, Regina Askia is full of thanks to God for sparing the life of her daughter who was involved in an auto accident on Wednesday in Ivory Coast. Stephanie had gone to spend some time with her dad in Ivory Coast when the accident happened.
Woju Crooner, Kiss Daniel Loses Dad 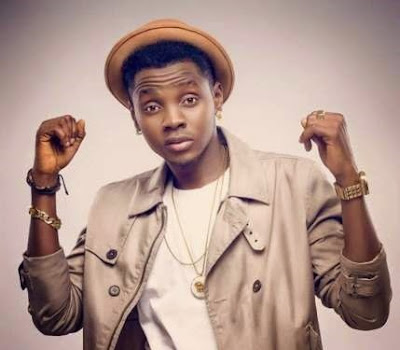 Rave of the moment, Kiss Daniel who is behind the hit single, Woju, has lost his dad. The singer announced the passing away of his father on his Instagram page. It would be recalled that the G-Worldwide artiste only celebrated his 21stbirthday recently. May God grant him the fortitude to bear the loss.
Yoruba Actress Bimbo Thomas Opens Wine And Liquor Store 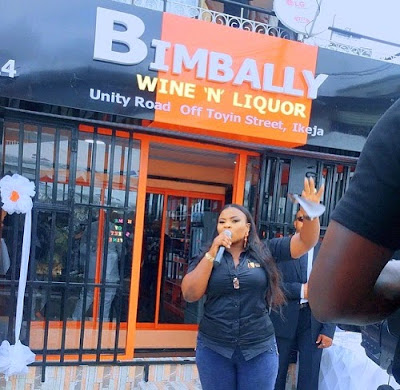 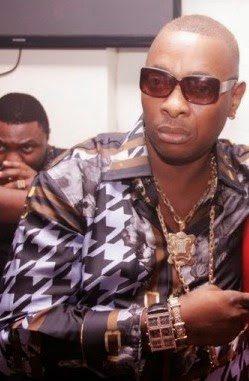 Popular nightclub boss, business man and Lagos socialite, Akeem Sodeinde,has died. The Movida boss died on the 10th of May  in Lagos. Akeem had been battling acute diabetes and kidney failure for a while now and even went to the UK and India for treatment which was said to be successful. He returned to the social scene and even re-opened his night club which was shut down when he was very ill. Unfortunately he relapsed and died last Sunday.

50 cent's Jeweler Accuses The Rapper's Crew Of Theft And Assault 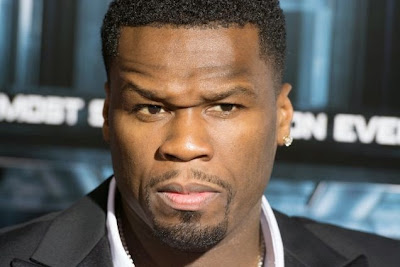 50 Cent is currently being investigated by Las Vegas authorities due to allegations of theft.
Robert Marin, a business man who owns LAX Jewelry Co., told TMZ he went to Vegas during fight weekend because he wanted to sell 50 cent a watch and chain worth $250K.
Marin says he met 50 at Drai's nightclub, showed him the jewelry and 50 was interested in buying the jewelery.

Marin says they stayed at Drai's  until the early hours of Saturday then 50's crew invited him to see Floyd Mayweather's gym. Marin claimed when they arrived things turned ugly.

He says 2 of 50's guys pistol whipped him, stole the jewelry and fled.  Marin has filed a robbery report and Vegas cops are investigating the case.

50's people say the story is false and his attorney Scott Leemon said “On behalf of 50, I can adamantly deny that he or his security had anything to do with these baseless and false allegations.” 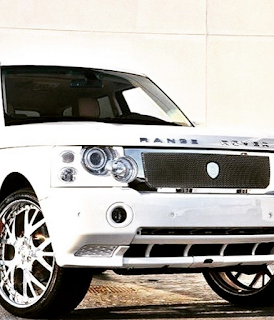 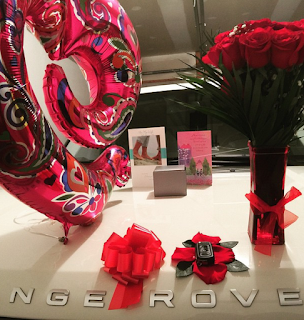 The actor who welcomed a child with his wife a few months ago took to Instagram last Sunday to share a photo of the Range Rover Sports Supercharged SUV he bought for her. Chidi Mokeme wrote; 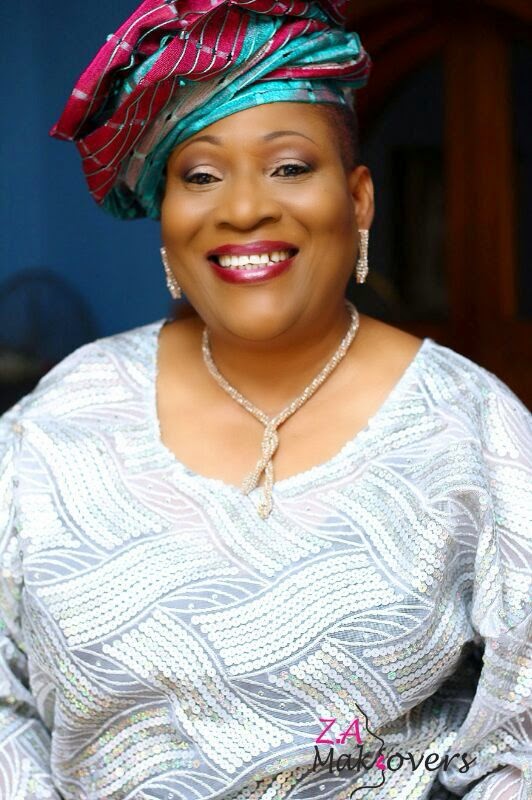 The very stylish society lady spoke on life,style,and politics in this interview with Qismat Yinus.
Excerpt
How do you feel about APC's victory at the just concluded gubernatorial polls in Lagos state?
My darling sister,I'm so happy for Lagos. It's not about anybody,it's about Lagos.First time in so many years that Lagos is going to be working with the center. That's the only legacy we can leave for our children.What we asked for in lagos is continuity,and that is what God has given us.
How do you juggle your role as an APC women leader and as a wife and mother?
Women are better organizers,they may not want to agree,but we are.  A woman can do ten things at the same time. She can be fending for her children,cooking and doing so many other things at the same time. You just need to manage your time.
How do you feel when young ladies describe you as a role model, judging by your achievements as a politician?
I believe that everybody must have a mentor,we must develop the younger ones to take over from us,as we are getting older and we don't want all our works to just fizzle. We want others to learn from our own mistakes and build on our strengths.
How would you describe yourself?
Without sounding immodest,I'm a woman with a good heart, I don't bear malice. I enjoy myself. I'm very open and wish everybody well at every point in time. I don't like to see anybody looking unhappy. I am one that believes in God. I believe that it is God who ordains and crown people. This is why I'm always happy.
What does it take to be a successful female politician in this part of the world?
Well,it depends on how you look at it . You must try to live above board. You must protect your dignity as a woman,otherwise you run into troubled waters.
You seem to be a very fashionable woman,how do you define fashion?
Fashion is inbuilt. It involves looking good,feeling good within yourself. That's fashion as far as I'm concerned.
How would you describe your style?
God given.
Your advice to young ladies who look up to you and want to go into politics?
You must protect your dignity. You must not allow yourself to be pushed around. Build your own confidence. When men size you up,and see that you have confidence, you will get their support . You don't have to sell  your body,you don't have to give yourself up,because that's all you've got, Dignity is so important. Follow on twitter Follow @BeautifulBlogga
Posted by thatisaleekochick at 2:13 pm No comments: 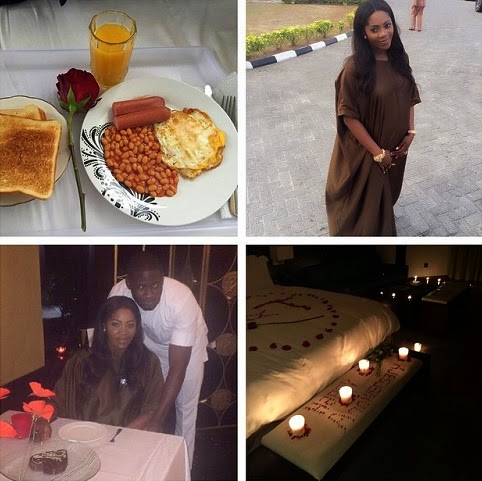 Tiwa Savage and husband, TeeBillz celebrated their first year together as man and wife on Sunday,April 26 2015. According to Tiwa, she had the best day of her life, as she had breakfast in bed, went to church with hubby, had a romantic dinner,with candles and rose petals all over their room just for the night. 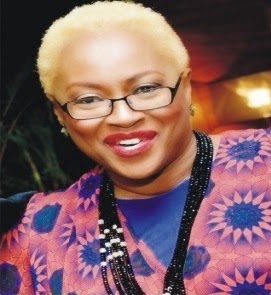 Popular TV/Radio personality, Naana De Souza has died. She died at the Korle Bu Teaching Hospital in Accra, Ghana on April 20th after a 6 year battle with cancer. Naana worked as a colunmist for Punch, City People and several other newspapers and magazines. She also worked with Silverbird where she helped organize many MBGN pageants.

She will be buried on June 5th in Accra. A service of songs will be organized for her in Lagos on June 10th. She is survived by her husband Magnus De Souza and four children.
Jude Okoye And Wife Dedicate Baby 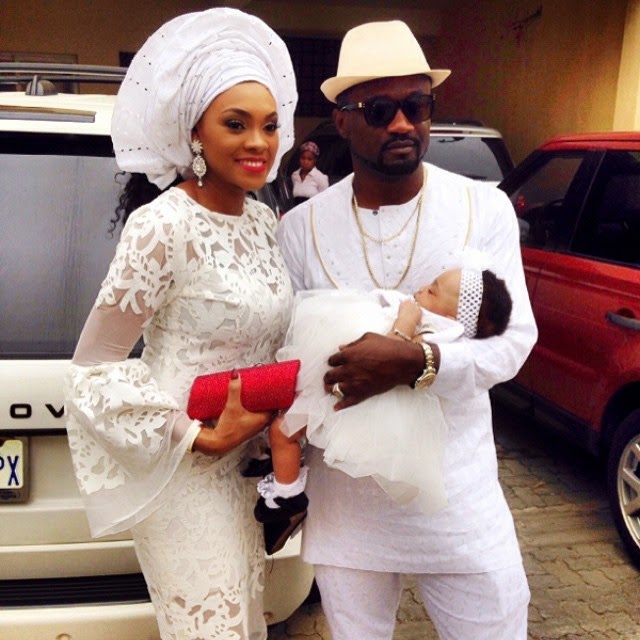 Jude Okoye and his wife Ifeoma on Sunday, 26th of April dedicated their baby, Emma Okoye who was welcomed to the world last year November. Ifeoma looked lovely as she rocked a dress made by celebrity stylist and designer Abyke Domina. 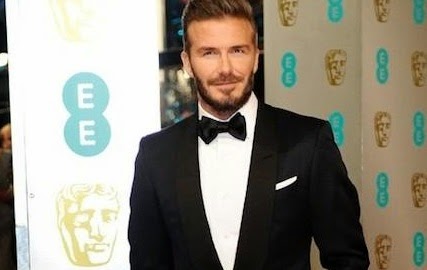 David Beckham is planning a star-studded birthday party to celebrate his 40th birthday. He will be flying his family and close pals, including Gordan Ramsay and Tom Cruise to Morocco to celebrate the special day.

The Manchester United legend hits the big 40 on May 2 and he has told his close pals and loved ones to keep the weekend free.

A source told The Sun newspaper: "He'll only turn 40 once so he wants to do it in style. Morocco is a place close to his heart."

David is expected to hold his bash at the Amanjena resort in the North African country's city Marrakech, where he and wife Victoria Beckham renewed their wedding vows in 2008.
Uche Jombo Stuns In Strapless Blue Dress At Her Baby Shower 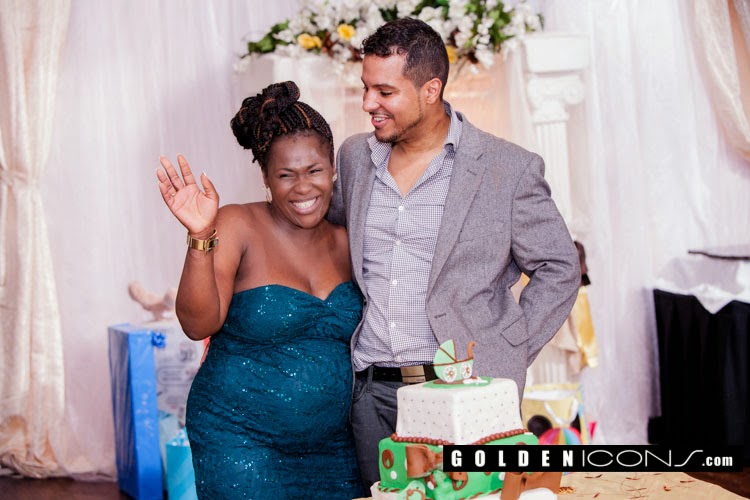 On April 24 friends of Nollywood actress,Uche Jombo organized an elegant baby shower for her and and her husband Kenny Rodriguez in Houston, Texas. Uche showed off her baby bump in a strapless blue dress, while wearing her braids in an updo. She looked really cute.
Governor Ajimobi Pictured With His Family As Wife Celebrates Birthday 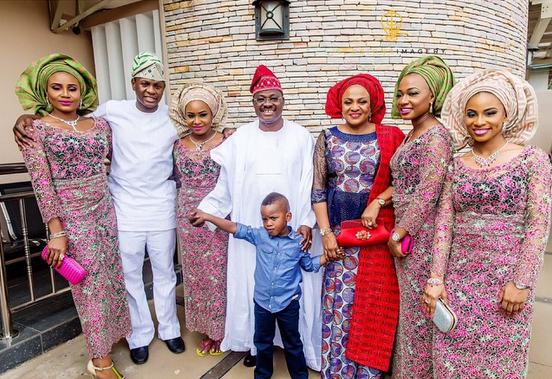 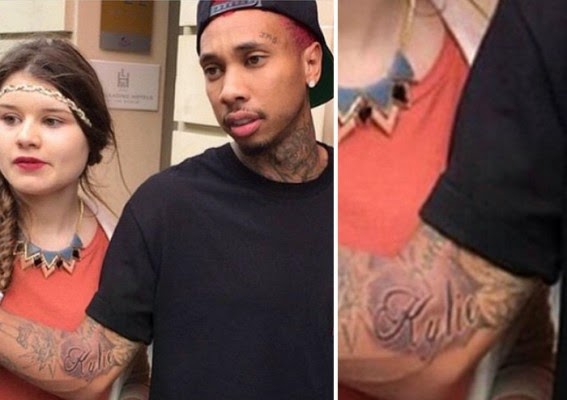 A photo surfaced last Saturday of Tyga flaunting fresh ink of his 17 year old girlfriend's name now on his inner right elbow. According TMZ, sources close to the rapper told them that Tyga got the tattoo done two days ago to prove to Kylie he is fully committed to her and no one else. Looks like he got the tattoo just a day after his ex, Blac Chyna put him on blast by posting text messages where he was begging for another chance.
Ini Edo Celebrates Birthday In Style 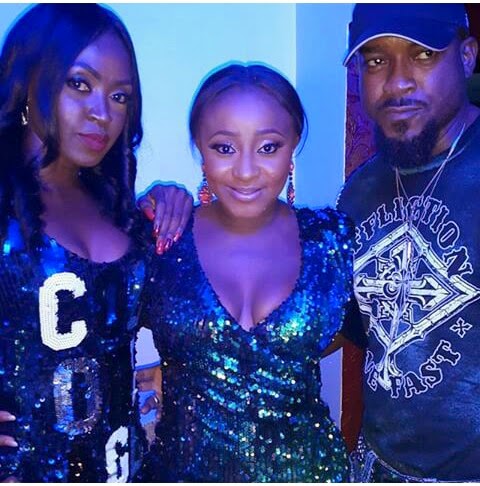