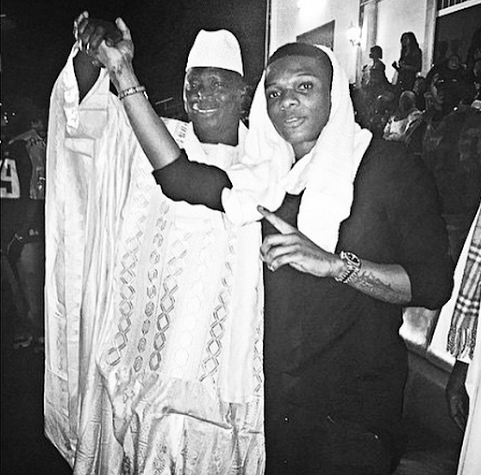 Wizkid was photographed with the President of Gambia, Yahya Jammeh during a show he performed on Sunday. Wizkid shared the photo via social media and said 'Mr President loved his performance so much that he wanted him to perform twice to his people." 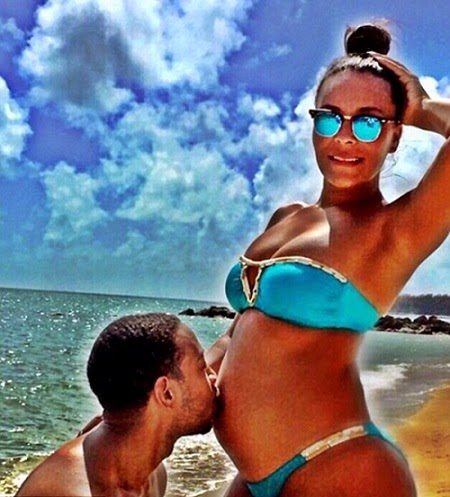 Less than three months into their marriage, Ludacris, 37, and wife, Eudoxie, 27, are expecting their first child. They made the announcement with a beachy baby bump picture. The couple got married last year December, on Christmas day. 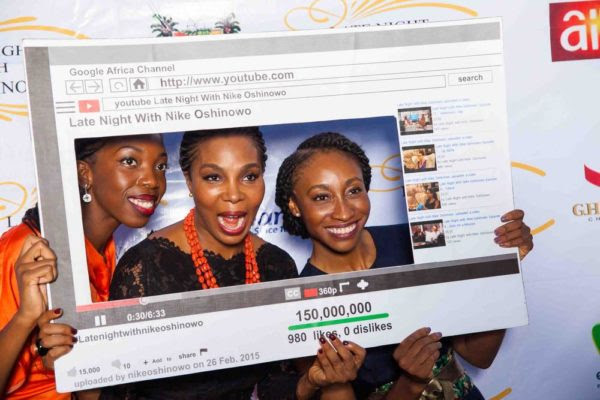 The last episode for Season one of ‘Late Night with Nike Oshinowo’ has been filmed and a wrap-up party was held over the weekend with the production crew, guests of the show and TV host Nike Oshinowo in attendance. Nike Oshinowo treated the audience to a lovely speech,as they wined and dined.
Tiwa Savage And Tunji Balogun's Unborn Child Gets Instagram Account

There is now an Instagram account dedicated to Tiwa and Tunji's unborn child- baby Balogun. It’s called Mini Balogun and it was set up by one of the couples' most dedicated fans.For now the account only has pictures of the couple.
5 Years After His Death, Terry G Features DaGrin In New Song

As popular Nigerian musician, Terry G gets ready for the release of his  third studio album, the singer is set to shock his fans as he recently shared the news that he will be releasing a new song featuring the late DaGrin soon. Recall that the well loved Ogun State-born rapper, Oladapo Olaitan Olaonipekun, achieved monumental fame as an indigenous language rapper before he died on April 22, 2010.
Richard Mofe- Damijo Is The Newest Grandfather In Town 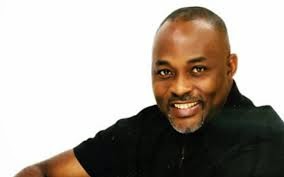 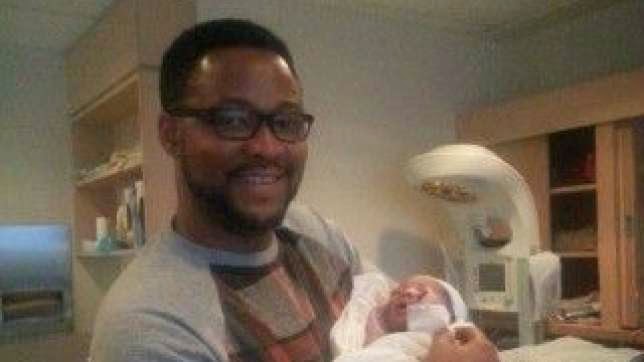 Nollywood Icon, RMD is the latest Granddad in town as his son Oghenekome Mofe and his wife Eniola Abiodun who got married December last year have just welcomed their first son together.
Court Fixes March 30 For D’banj’s Hearing

Nigerian music star, D’banj's alleged debt allegation saga has once again reared its ugly head up. Recall that in the last quarter of 2014, multiple media reports alleged that D’banj might be dragged to court by a top oil and gas industry player, Henry Ojogho, Vice Chairman of Broron Group. Ojogho, who is also the Vice Chairman of MindHub Technologies, an integrated Rice farming and milling production company, who alleged that D’banj, through his company, DKM Media Limited, obtained a loan of over N60m from him in January 2013 and has not paid back the said sum despite signing an undertaking to do so. Following this allegation, the writ of summons and other relevant documents in the suit was posted on D’Banj’s residence on Osaro Isokpan Street in Lekki Phase 1. The pasting was done by the court bailiff on December 17, 2014 at about 1:35p.m, pursuant to order of court made on November 12, 2014 having been satisfied that the defendant was evading being served the notice.
Subsequently, the court case between the DB Records boss and Mindhub Technologies bearing suit number: LD/ADR/445/14 was scheduled to commence hearing on Monday, January 26, 2015 at the Multi-door Courthouse in Obalende, Lagos, but it was indefinitely postponed as a result of strike by the Judiciary Staff Union of Nigeria (JUSUN) which paralysed activities and court rooms remain closed. The strike was recently called off by the judicial workers, and immediately a new date was set for the court case. According to media reports, a source in the camp of the claimant said, ‘Yes, we are back to court, and we are aware that D’banj has secured the services of a lawyer as well who wants to file in some documents in his defense, but we are yet to receive the papers. Meanwhile the case has been adjourned to March 30, 2015 at the Multi-door Courthouse in Obalende, Lagos. 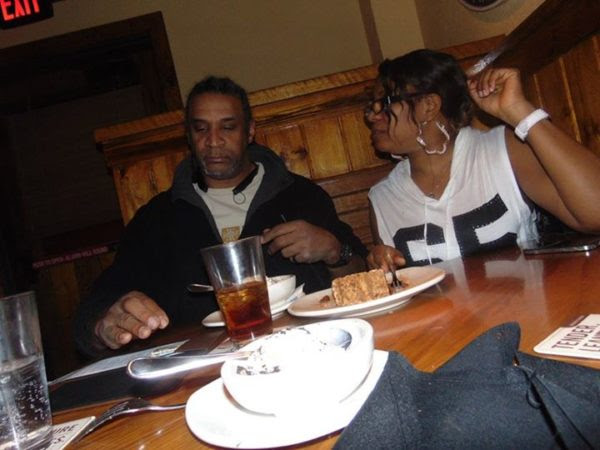 Regina Askia-Williams posted pictures from the birthday, celebrated on Friday February 27, on Facebook with the caption
‘Happy Birthday (Feb 27th ) to BIG RUDY!!, May God bless you , and keep you in his care. May Gods peace envelop you and by his special grace, we will surely stop trying to “kill” each other with stress….lol!! Happy birthday dearest!!’ 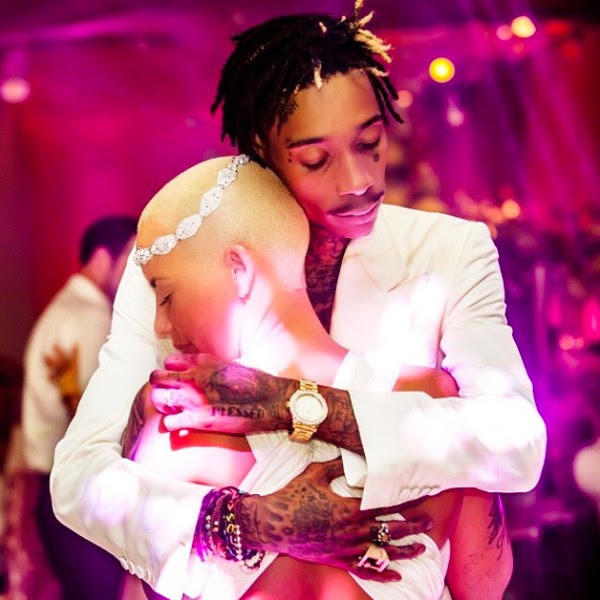 Wiz Khalifa recently released a new track titled 'For Everybody' featuring Juicy J.On the track, Wiz said he fell in love with a stripper and fell right back out of love. Wiz raps;

In another line, he said'  "You all 'bout that money, that sh*t that I throw. Just make sure you clean off that pole."

On Sunday, March 1, 2015, Nollywood actress Moji Olaiya marked her 40th birthday and her colleagues in the Yoruba movie industry showed up to celebrate with her. The very talented actress looked quite graceful as she partied with her loved ones.