-Talks About Her Business 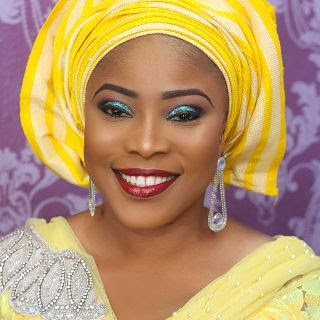 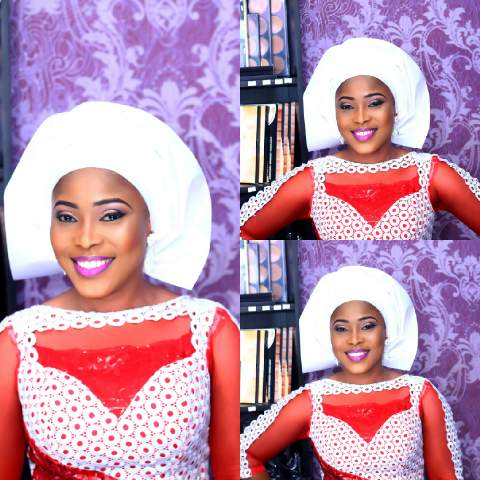 Popular Lagos Event Planner, Simiade Odukomaiya is currently one of the most sought after event planners in Lagos. The pretty and hardworking lady has been able to set her business apart in the very competitive event and hospitality industry in Nigeria. At one of her big events in Lagos, Qismat Yinus caught up with her,and she spoke about her career,and life in general. 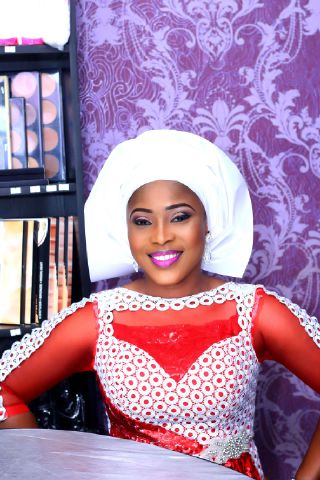 Can we meet you?

My name is Simiade Odukomaiya. I am the CEO of Deteron Events. I am from a family of three girls, incidentally I am the last born.
I am a Lagosian. I attended K. Kotun Memorial School, Bode Thomas, Surulere, Lagos,after which I proceeded to Federal Government Girls College, Sagamu, Ogun State and then University of Lagos in Akoka.

So what exactly do you do at Deteron Events?

Deteron Events is an Event Planning and Management Company. The Event planning covers activities such as event co-ordination, training, supply of decorations, supplying of ushers, catering, Aso-ebi, and the provision of cock-tail drinks. We also plan corporate events and basically handle the general management of events.

Why did you decide to go into event planning?

Event Planning for me was born out of the passion and sense for perfection. It is something that I have passion for.

How has it been since you started?
At the initial stage it was a bit stressful as it is with every new business.  It is gradually getting better now and we give God all the glory.

What are the challenges you face in this business?
Challenges are numerous considering government's policy on importation of equipments.Also, getting funds and marketing that is, getting new clients. It is quite competitive out there, and most importantly keeping up with new trends in our business.

How are you able to overcome them?

I am truly grateful to God. Concerning equipments, we ask our colleagues in the business to assist us when we have orders that are beyond our present capacity. At other times, we have learnt to improvise. We also engage in vigorous marketing and lots of research to keep up with latest trends.

Did you undergo any form of training before setting up your business?

Yes, I got some training. I had an internship with my sister Mrs Busola Iyamu who was a wedding planner back then and a very brief stint with an aunt of mine,Mrs Onayomi Onajobi.  I owe these two wonderful women for what Deteron Events is now, but most of all I give God all the glory as He has continued to order my steps.

Do you intend to train people?

One of our company's visions is to train, so I

England- based Nigerian designer,Ade Bakare presented his Massai collection for 2016,at the Wheatbaker Hotel,Ikoyi,Lagos,on Sunday December 6, 2015. Qismat Yinus was at the event and now brings you all the gists and photos.
Enjoy!

This was a fashion show which had some of the most fashionable people in Lagos in attendance. Some notable figures at the presentation include:

Wheatbaker Hotel, which is one of the most exquisite hotels on the Island was just the right venue for Ade Bakare's show. The hall was beautifully arranged and decorated. The Decor was done by
Follow on twitter Follow @BeautifulBlogga
Click to read more »
Posted by thatisaleekochick at 4:05 pm 2 comments: 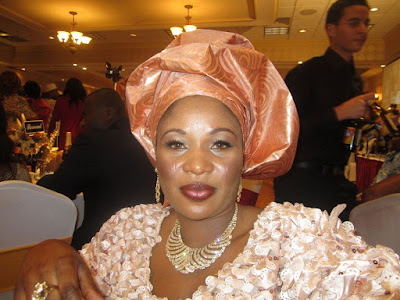 Ann Ehigiator Johnson left Nigeria to the United States in 2010 knowing she wanted to make a measurable difference in her society. Having branded and created marketable awareness for some politicians and cooperate organisations in 2004,she wanted the same smile she put on the faces of the people during her rallies to be a continuous experience for her.

Her foundation, a non -governmental organisation which has continued to expand its reach and impact, building on past successes she brought upon her clients and applying that same business oriented approach to tackle other pressing challenges in communities for the less privilege is the first reality foundation in West Africa committed to transparency.

After a lifetime of attending meetings and functions at her young age where issues where discused on how to change Africa but no action was taken, Annmom Foundation began to focus on the poor mothers, as her team goes from one community to the other targeting  pregnant women,  nursing mothers, infants and toddlers in  distribution of free Quality milk.

Annmom Foundation empowers less privileged women to reach their full potentials by transforming them from thier present predicaments to a comfortable lifestyle through Annmom TV .
To Annmom she believes, ' Love is beyond words. . .' Follow on twitter Follow @BeautifulBlogga
Posted by thatisaleekochick at 5:45 pm No comments:

Former Osun State Deputy Governor and Ex-Defence minister,Erelu Olusola Obada, who is known for hosting parties that set the social scene buzzing for a long time,hosted a high octane wedding for her pretty daughter, Damilola at Ibidun Ajayi Ighodalo's Dorchester Event centre,Victoria Island Lagos on Saturday December 5,2015. Qismat Yinus was at the event and now brings you all the details. 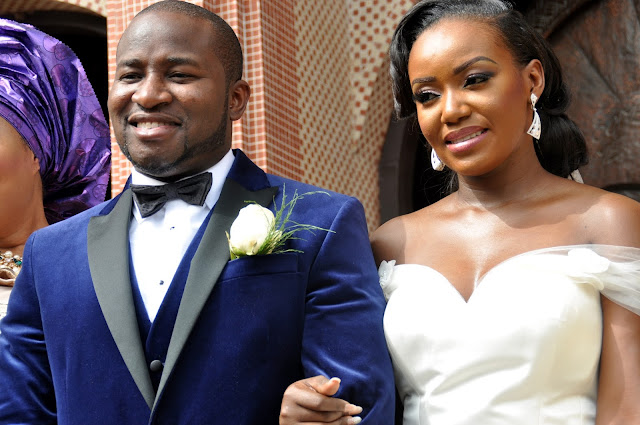 The wedding between Erelu Olusola Obada's daughter,Oluwadamilola Olufunso and her hearthrob Owanari Bekinbo Graham Douglas had notable dignatories ranging from politicians,socialites,businessmen/women,entertainers all in attendance. Some notable figures at the wedding
include 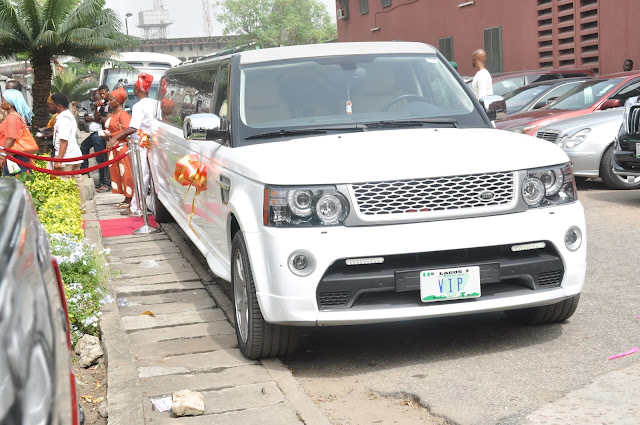 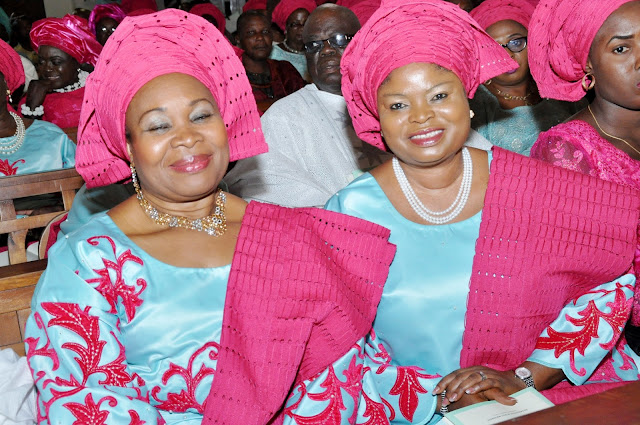 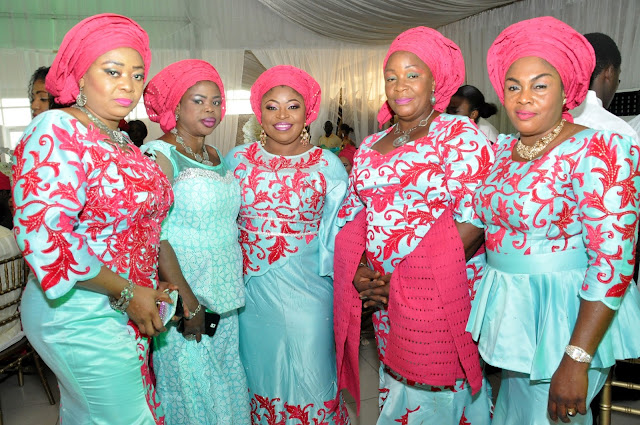 THE DECOR
The reception was at Beauty Queen Ibidun Ajayi Ighodalo's Dorchester Hall,VI,Lagos,and it was brilliantly decorated for the classy wedding. Funke Bucknor Obruthe was in charge of the wedding,but Ibidun Ajayi attended the event too. she looked quite good rocking her latest Afrro hairstyle.Ibidun came in quietly and looked on as the reception went on.Her husband Pastor Ituah Ighodalo also came in much later.

FOOD BY ASTORIA CATERERS
Popular caterer, Astoria was in charge of the food and deserts at the wedding reception,and made sure the guests enjoyed themselves.

SEYI LAW ENTERTAINED THE GUESTS WELL
Popular comedian,Seyi Law was the Master Of Ceremony,and he made sure to entertain guests with his rib cracking jokes.

THE ASO-EBI IN BLUE AND PINK
The Aso-Ebi was in just two colours -pink and blue. The fabric was a blue and pink one with a matching fuschia pink headgear. It added to the glamour of the event.
Mother of the bride,Erelu Olusola Obada was excited as she welcomed her guests happily and danced graciously.She danced with her son-in-law,while the groom's mother Dr Ketebu danced with the bride.

AREMO OLUSEGUN OSOBA AS THE CHAIRMAN OF THE WEDDING
Former Governor of Ogun State,Aremo Olusegun Osoba was the Chairman of the event and he joked  about how a Federal Executive Council Meeting could take place at the wedding reception due to the calibre of people in attendance.

GOVERNOR AREGBESOLA ARRIVED IN STYLE
Governor Aregbesola arrived the venue in style. He came in with his entourage and made his way to his seat amidst cheers from the guests.

THE BEAUTIFUL COUPLE
The very beautiful bride,Oluwadamilola Olufunso Obada was so happy and danced really well alongside her handsome groom,Owanari Bekinbo Graham-Douglas. They looked really good together.

Posted by thatisaleekochick at 8:25 am 13 comments:

Hello QYBers! It's time for another QYB Owambe, where you get to see some "ghen ghen" aso-ebi trends which you can give your tailor this beautiful month of December.

Don't forget to drop your comments and tell me your favorite style. You can also show us cool aso-ebi trends which you have been rocking so we can also rock. Send via email- qismataderayoyinus@gmail.com or post and tag via Instagram -@BeautifulBlogga. Gotta run now.
Love y'all.
GOD bless


Posted by thatisaleekochick at 6:34 pm No comments:

The shop which is located at Anny Plaza, Martins street,Lagos Island is always busy with the biggest girls in Lagos coming in to get the best of cosmetics in town.

QYB learnt that Heeda Cosmetics is owned by a very hardworking,and enterprising lady of style who is simply known as Heeda. A lawyer turned beauty expert,Heeda has been able to carve a niche for herself since she launched this beauty palace,as her unique selling point is her quest for quality products,which distinguishes her from the lot.

We also learnt that Heeda will be launching their first line of beauty product which is the Heeda Brush set in a few months. We hope that they expand real soon,and can't wait to see their line of cosmetics real soon. Don't forget that you read about Heeda Cosmetics here first,and that nobody does fashion the way we do.