I Am The King Of R&B In Nigeria, Banky W Isn't - Darey Art Alade 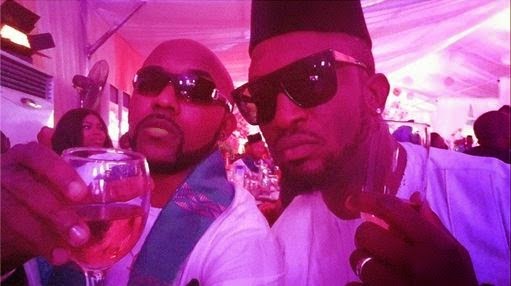 When asked in a recent interview with Encomium magazine if he feels any competition between himself and Banky W knowing that they are both called Nigeria's king of RnB, Darey said;


Who agrees with Darey? I'm actually Banky W's no 1 fan,which automatically means I don't agree. But I'd love to see your comments. Darey Vs Banky W. Who is Nigeria's king of RnB?
Follow on twitter Follow @BeautifulBlogga
Posted by thatisaleekochick at 2:04 pm