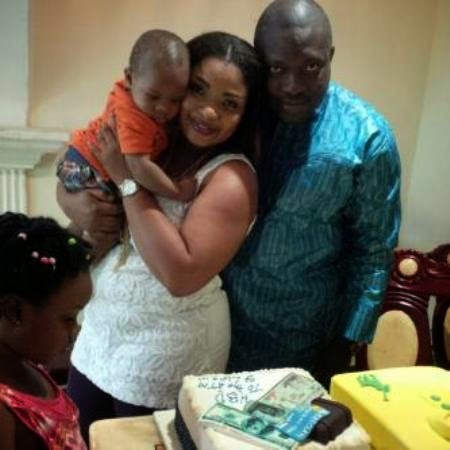 This is according to momo.com.ng

This is certainly not the best time for Nollywood actress, Laide Bakare and her hubby, Mutairu Atanda Orilowo.


Since the alleged Y’hello Estate scam, the Economic and Financial Crimes Commission (EFCC), has obtained a forfeiture order on all known properties of actress’ hubby.


Still declared wanted by the crimes commission, the forfeiture order would see to the property merchant losing his properties which include two petrol filling stations in Ajah, his house at Ibeju Lekki on No. 1 Otunba Adeniyi Street, Papa-Epe, Lagos and the boutique he opened for his actress wife.
There are reports that copies of  the court orders have been displayed at Orilowo’s two filling stations.
Mutairu’s woes began after he was alleged to have been involved in a N2.5bn scam for the construction of a Y’ELLOW Estate in Okun Ajah, Lagos.
Follow on twitter Follow @BeautifulBlogga
Posted by thatisaleekochick at 1:09 pm