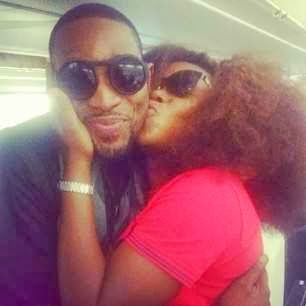 When are you getting married?

I'm going to marry at the right time. Trust me. You guys are asking me when I'm getting married because Tuface has married. Peter (psquare) is married. Even Paul has also married. At God's appointed time, I will marry just as my friends are now getting married.

Have you found love?

Yes, I have found love

Who is the lucky girl?

I won't tell you (laughs)

What was the attraction?

There is this allegation by UK daily mail that you are a serial womanizer. The tabloid of records also claimed you are romancing US actress and model, Kenyan Moore. What is the story?

It is a rumour. The story has no substance. I'm even about going to sue UK daily mail for the defamation of character. I'm discussing with my legal team. They didn't hear from me. Everything they wrote is totally wrong. They defined Koko master wrongly. I think they wanted to talk about Kenyan Moore, who was a former Miss America, but they didn’t get their facts right. Everything they wrote was false .They are going to hear from my legal team, soon.

The story is that your deal with Kanye West has crumbled?

Kanye is now married....the truth about it is that we are now operating from different territories. How things work here is different from what is obtainable in the States. They cannot control what I do here because na here I don dey since. It has always been a mutual partnership.
Follow on twitter Follow @BeautifulBlogga
Posted by thatisaleekochick at 12:53 pm