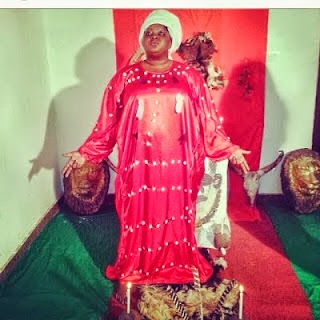 Here’s what 'gbogbo bigz geh' said when she spoke about violence against women to YES Magazine;

African men are too harsh! They are too harsh. African men are harsh and violent. An English man would never beat his wife because their law forbids it. Then, I must say that if there is a penalty for it, stating that whoever beats his wife would be jailed, I’m sure this will reduce. But since there is no law and no one is preaching against it, everybody feels it is a normal thing. Even if we say there is a law, it is not being implemented as it should, because if it had, all these won’t happen. I think there should be a capital punishment for it because to me, it is a terrible act.