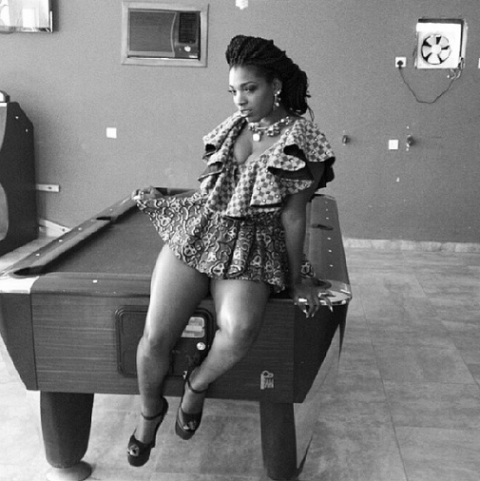 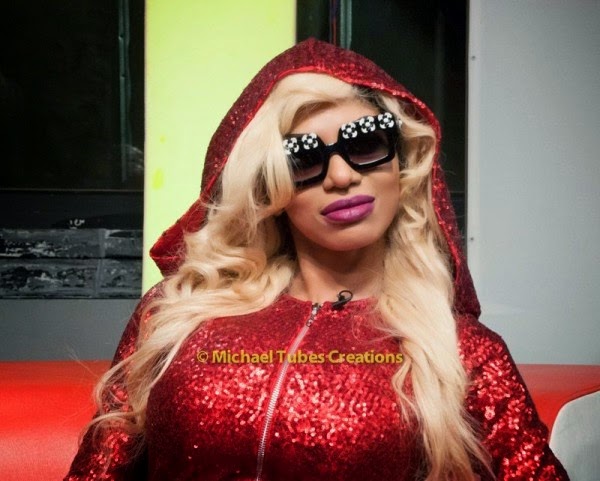 Annie Idibia:
According the info I just received, this was the image of Annie idibia that Tuface, her husband, not an enemy or frenemy put up on Instagram congratulating her on their first year anniversary. I have recognised Tuface as a top artist in Naija but never as someone with class but even at that I would expect Tuface to recognise the raggedy-ness of this image and ensure that it never sees the light of the day. This is a razz as they come. Just look at the background behind this image and weep profusely for Annie and Tuface. Naija has the most rachet celebrities gang EVER.

Dencia:
Is she really not 30yrs old yet? If so then bleaching is really the ultimate bitch. She sure looks a few years older than Janet Jackson and she is already on the wrong side of 40. Regardless of what this chick wants us to believe, she appears to be having a tough life because you can`t be in your early 20s and look this old if you are living a honky dory sort of life.
Follow on twitter Follow @BeautifulBlogga
Posted by thatisaleekochick at 12:30 pm