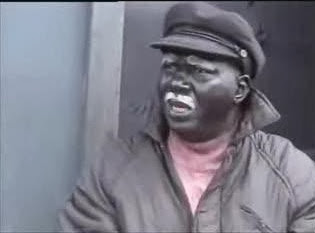 Yoruba comic actor,Babatunde Omidina a.k.a Baba Suwe,revealed in a recent interview with Encomium Magazine that his cocaine scandal ruined him and it is almost ruining his career as well. According to him, People no longer call him to act in their movies.

Here's what he told the magazine.

“I have not collected any compensation money from NDLEA yet. The most painful thing is that I was wrongly accused. Had it been, I actually committed the crime, I won’t mind, but they just punished me for nothing. I was in NDLEA custody for almost three weeks, and nothing was found on me. No matter the kind of juju one may have, I don’t think there is anybody that can conceal cocaine for even two days.

Even researches had shown that no one can harbour the substance in the body for two days. It will burst inside the person’s stomach, which can lead to death. And I believe after all their investigations, they should have released me so I could continue with my career. But the whole situation, the way they treated me actually rubbished my image. My career has been dwindling.

A lot of people that are supposed to be inviting me to take part in their movies abandoned me because of the incident. Even a lot of people that could have assisted me financially don’t want to associate with me again. People within and outside the industry has deserted me on account of the allegation. They still doubt me despite my victory in court.

I have sung praises of some people in some of my movies, and I always appreciate whatever they give me. This makes a lot of people close to me. For instance, I was close to Asiwaju Bola Ahmed Tinubu before and he was very nice to me.

He had done a lot for me but now, it’s very difficult for me to be close to him. He is even not comfortable seeing me around him again because of the allegation. I don’t enjoy people’s love and admiration like before because people still believe that it was true“.