Real Reasons Behind Tiwa Savage's Arrest By The Police 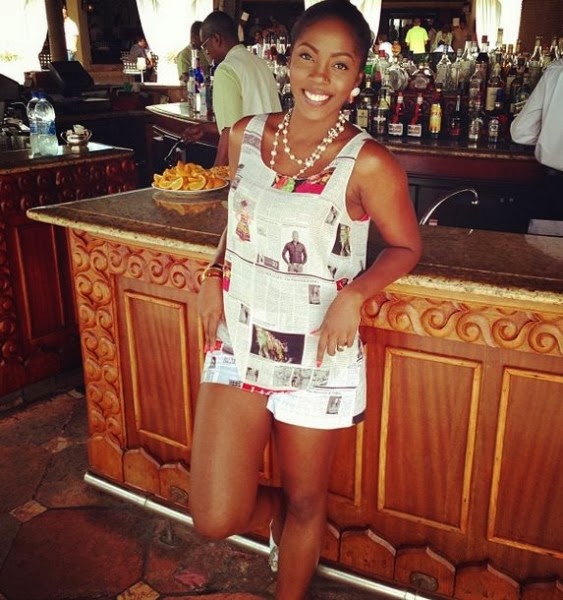 Mavin Records artiste, Tiwa Savage, has been arrested by the police for allegedly humiliating a policeman who apprehended her for violating some provisions of the Lagos State Road Traffic Law.
Savage, often referred to as Mavin First Lady, was said to have argued with the policeman, who flagged her down for flouting traffic rules in front of Eko Hotels and Suites Victoria Island, on Saturday.
Savage, who was recently signed a brand ambassador deal with Forte Oil, allegedly came down from the vehicle she was driving in and confronted the policeman.
During the ensuing argument with the cop, Savage, who was said to have been infuriated by the development, allegedly removed the cap of the policeman.
The first African female Pepsi ambassador, was reportedly whisked away to the Victoria Island Police Division for humiliating and assaulting the policeman.
A policeman at the station, who spoke to our correspondent on the condition of anonymity, said Savage was released shortly after.
He said, “Tiwa Savage refused to stop at a traffic light around Adetokunbo Ademola Street near Eko Hotel and Suites. When we attempted to accost her, she refused to park her car as instructed by the policemen.
“Since there was a traffic snarl at the time, a policeman followed her car and insisted that she must stop. After a while, she stopped and started raining abuses on all of us so, we took her to the station.
“On getting to the station, a senior officer advised her to apologise because she was wrong and there were even eyewitnesses at the scene who could testify against her if the matter was taken to court. She apologised and was released immediately.”
When contacted, the Group Publicist for Mavin Records, Terfa Tilley-Gyado, confirmed the incident to our correspondent on the telephone.
He said the record label would issue a comprehensive statement stating the position of Tiwa Savage and the group on Monday.
Follow on twitter Follow @BeautifulBlogga
Posted by thatisaleekochick at 4:17 pm