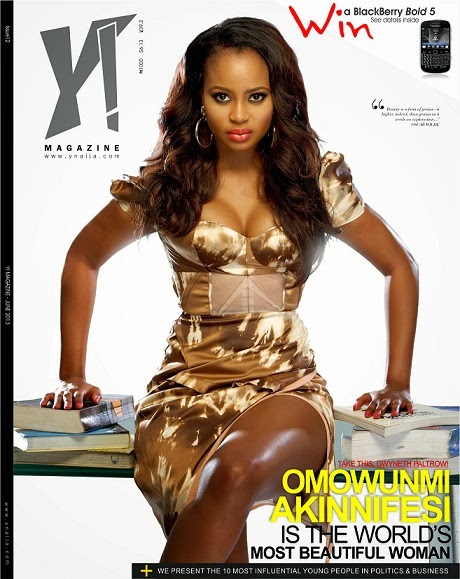 The story is already out and spoken about in hushed tones, even some online media have been ‘coding’ the identity of the ‘big man involved.
But yemojanewsng.com has decided to ‘decode’ the Aso Rock top shot in Akinnifemi’s life.
According to information making the rounds, the new apple of Omowumi Akinnifemi’s eyes is Ijaw big boy and Special Assistant to President Jonathan on Research and Strategy, Mr. Oronto Douglas.
We learnt that Oronto Douglas who has unfettered access to President Jonathan met Omowumi about two years ago through a mutual friend, and since their path crossed, Oronto Douglas had been having sleepless nights over the beautiful queen. Omowumi eventually bowed to pressure after being dazzled with all the goodies Aso Rock can offer.
Meanwhile, yemojanews had sometimes ago made an exclusive report on Omowumi Akinnifemi  as a lady that enjoys dating influential and rich men.
She had been linked romantically with the multi-millionaire Chairman of the Lagos State Internal Revenue Service, Babatunde Fowler; former Lagos State Commissioner for Environment, Dr Muiz Banire; the owner of the Thisday Newspaper, Nduka Obiagbena and the boss of Skymit Motors, Tayo Ayeni.
Yemojanewsng.com contacted Oronto Douglas to confirm the story, but he ignored all our text messages.
Follow on twitter Follow @BeautifulBlogga
Posted by thatisaleekochick at 6:08 pm