The 4 Most Beautiful Yoruba Actresses! Do You Agree? 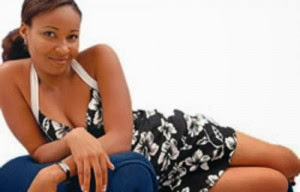 1 BUKKY WRIGHT -Sekinat Bukola Wright is one of the most beautiful actresses Nollywood is blessed with. With or without makeup, her beauty is something to die for. Off stage, she is still beautiful.
Bukky Wright is not only blessed with beauty, she has the right stature and carriage to compliment her endowment.  Very well moulded, her smiles are another thing that can melt the heart with ease.
Though she has not been that lucky with men, she at least has two children to call her own
FATHIA BALOGUN -Fathia Balogun is another beautiful actress in the Yoruba movie genre. Despite the fact that she was once married and separated from her hubby, Saidi Balgoun, actors are still dying to have her are still dying to have her.
She launched into limelight through Wale Adenuga’s popular production, Super Story, Oh Father, Oh Daughter. Most producers use her pretty face to grace their movie jackets..
Faithia said she’s in court with her estranged husband over the use of a matrimonial surname, Balogun.
DORIS SIMEON -This Edo State born role interpreter is an epitome of beauty. She is quiet, simple with a catchy smile. Doris was once married to producer and filmmaker, Daniel Ademinokan. She is fair skinned, average height and has featured in many Yoruba movies and soaps.
She recently veered into the beauty business with a beauty parlour and spa.
BISI  IBIDAPO–OBE -Bisi Ibidapo-Obe, is unarguably another beautiful actress in the Yoruba movie genre. Bisi is fair in complexion, very tall with the right curves.
Recently, she was involved in a paternity mess with former House of Representatives’ Hon. Dino Melaye. Bisi hit the limelight in early 2000 with the popular movie, Bisi Omo Logbalogba.
I totally agree with number 4. Bisi is a beauty to behold!
Guys,do you agree with this list?