Checkout The 10 Most Disappointing Albums Of 2013 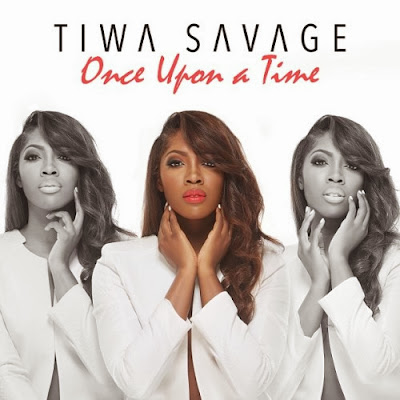 This is according to Ynaija

These 10 discs were the biggest flops of 2013. In ascending order.
10) Magna Carta Holy Grail- Jay-Z
Only weeks ago, Jay-Z’s wife Mrs Carter schooled him on how to leverage on talent, influence and goodwill (plus no hype) to put out a platinum selling album. Jay-Z may have scored a million copies sold thanks to a deal with Samsung but disappointed buyers soon discovered the disc was a self-serving bore. We’ll just pretend we did not hear him urge Miley Cyrus to twerk.
9 ) Artpop- Lady Gaga
Whatever happened to Lady Gaga? From the biggest pop star/provocateur in the world to the biggest yawn inducer in about a year. ‘Artpop’ was supposed to be her big comeback but she took herself  10 times too seriously and the album suffered for it. No applause.
8) Once upon a time- Tiwa Savage
Yes we waited forever for Ms Savage’s debut but did it live up to our expectations? No. we’ve said this before and we’ll say it again; At 21 songs, there are just too many fillers, too much autotune, too much Don Jazzy and an over dependence on the gloss. One has to dig deep to find the real substance. It plays like Ms Savage is just pandering, surrendering to market dictates while throwing a bit of her true self in between.
7) Chapter one- May D


The album has nothing to offer as to who May D is as a human being or as an artiste. He assumes party songs, hip hop beats and collaborations with some of the biggest acts and producers are enough to usher him into the big leagues. He thought wrong.
6) Me, my mouth and eye- Sound Sultan
It is easy to see how this album could have been excellent, maybe even great. A lot of cutting and sniping would have done all the magic. ‘Me, my mouth and eye’ just keeps firing blandly with no clear defining purpose, hoping that something, anything will stick. Unfortunately not much does.
5) Take over- Kcee
Kcee had two of the biggest singles of the year. He also has one of the weakest albums. He calls it ‘Take over’ but he isn’t prepared to take over anything that is not Top 10 radio. And the clubs. We can’t say we are surprised though.
4) The Journey- LKT
‘The Journey’ doesn’t do much for LKT. While his efforts at doing pop music in his indigenous language are commendable, the album falls short, repeatedly sounding like early-career 9ice. There is a distinct lack of the wit or energy that has made the likes of Olamide and Reminisce major crossover stars and the audience comes out of the experience feeling mildly frustrated.
3) Grace and glory- Solid star
There are no greater aspirations to ‘Grace and glory’- apart from boring the listening public with another dead on arrival album. Making a reductive, repetitive album and applying a style that has been  done to death by the current litter of pop stars hardly stands anyone apart. Anyone with access to in demand producers, guest appearances and a vague knowledge of today’s music scene will make exactly the same record Solid Star has presented. No guts. No grace. No glory.
2) Baddest guy ever liveth- OlamiOlamide’s baroque, redundant unnecessary follow up to last year’s equally afflicted ‘YBNL’ made all the right noises prior to release. Massive first single, ingenious marketing campaign encapsulated in the viral gun man pose. Only drawback? The album was not up to scratch.
1) Iyanya vs Desire


After discovering new found fame, Iyanya’s heart is on the dancefloor. He just wants to make people dance. Nothing wrong with such aspirations but no one says dance music has to be as lazy or meaningless or mind-numbingly repetitive as what is on offer here.
Follow on twitter Follow @BeautifulBlogga
Posted by thatisaleekochick at 1:01 pm