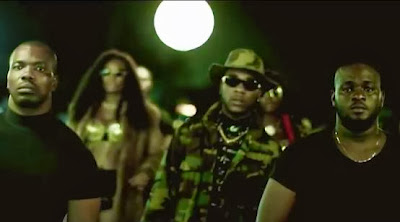 I think this list from YNaija  is on point!
Check it out.
What do you think?
This year saw quite the improvement in the quality of music videos served up by artistes and labels. From tribute efforts by reliable giants P-Square to gritty urban masterpieces by Burna Boy, these were the videos that had us glued to our screens. And we loved every single one of them.
10) Yes/No- Banky W
Banky’s pleasant eye candy for Yes/No was one of the year’s earliest delights. And how could it not be? All the elements were in place; charming couple to root for, cute child actors, celebrity cameos, crisp pictures, Banky W and his back up dancers act long before it got old. We loved.
9) Baby mi da- Sir Victor Olaiya Ft. 2face
To be honest, this video is not a spectacular one. Directed by Kunle Afolayan, what it offers is the spectacle of coupling a living legend Sir Victor Olaiya with a future legend 2face Idibia and having them perform live together as they update Olaiya’s classic. We would have given anything to be on that set.
8) Say- Bez
Bez’s fairytale video about his romance with a mysterious lady in New York city was directed by Ms Kemi Adetiba and while we were struck initially by the leading lady’s resemblance to Kerry Washington, we stayed glued for the vid’s smooth quality and high fashion aspirations.
7) Emi ni baller Chidinma Ft. Ill Bliss, Suspect
This one dazzled us with it’s combination of colour, storyline, a hint of menace and miss Kedike’s boisterus swag.  Ill Bliss as the boss who sends Chidinma with loads of cash to secure the release of vip prisoner Suspect. Definitely one of the year’s best.
6) Personally- P-Square
The  Okoye brothers do not know how not to make an excellent video, that much is certain but they went all out for this tribute to the late king of pop. Splashy, edgy with a slight comic twist, this one was on steady replay.
5) Khona- Mafikizolo Ft. Uhuru
‘Khona’ was in turns joyful, jubilant, dark, gloomy and mysterious. The most impressive dance video of the year, it welcomed Mafikizolo back to the scene and sent shivers (of the good kind) down our spines.
4) Run my race- Burna Boy
Burna’s dark, stark, gritty ode to the late Abami eda was as expected from him, way beyond his age. Shot on location in the African shrine, the twerking ladies and sweaty bodies were put to good use, amplifying the video’s all round brilliance.
3) Personal something- Sound Sultan
Sound Sultan’s instantly grabby video for ‘Natural something’ was a pleasure to behold. We loved the graphics, the cameos and the colours displayed and prayed for Sound Sultan for being consistent with his talent.
2) Ada ada- Flavour
Flavour’s ‘Ada ada’ was just another decent song on his ‘Blessed’ album until he made the epic glorious video that turned the tide and sent the song to new dizzying heights on the pop charts. Because of this video, ‘Ada ada’ will be played at every wedding ceremony from the east to west, cementing it’s future-classic status.
1) Pata pata- Temi Doll Face
We had no idea who Temi Doll Face was until she dropped this intoxicating video for her sleeper hit ‘Pata pata’. It was fresh, it was breezy, it was original, it was sampled. It was a hit. It was the best.