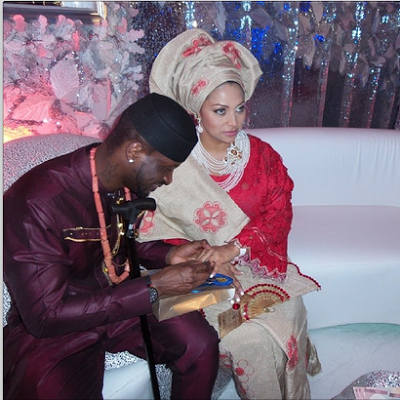 Peter Okoye in an interview with Encomium has denied the stories that his family members were not in support of his marriage to wife Lola:

That is very far from being the truth. I saw some of those reports and was full of laughter. Everybody is just laughing because the reports are like comedy to us. Honestly,
there is no iota of truth in the rumour. But it’s one of the prices you pay as a celebrity, so I remain focused.

Honestly, she is a wonderful woman. She has virtually all the qualities that every man would want in his ideal woman. She’s caring, loving, God-fearing, hard working – just name it, that’s my wife for you.


I just said that now. No man will not want to spend the rest of his life with a woman that possesses the qualities I mentioned.
The truth is that we have always known that the wedding will come up. We just didn’t want to rush things unnecessarily. We waited for the right time.