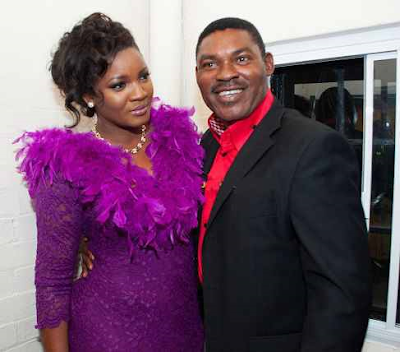 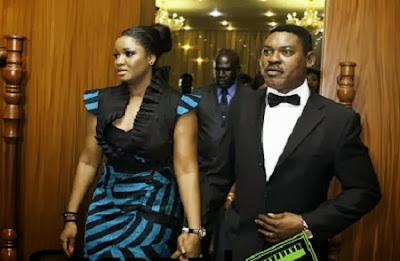 
I won’t say we have been good because I am a fine boy (laughs), but it is just the grace of God. I am so lucky and also blessed by God to have married my God given partner.
That is a very important thing about marriage, you have to find and marry your God given partner. That is why a lot marriages breakup.
Some men marry women because of their hips, their boobs, legs and some other side attractions. But after sex with her so many times, what happens next? Does she have a good attitude, character or good human relationship with others? I am not saying we are perfect couple, we have our own differences but we are compatible.
We have been married for over 17 years with four beautiful kids.
One thing that has been working for us as a couple is that I always encourage her to be who she wants to be. I give her full support always.
Lots of married women that are caught cheating on their husbands could be traced to the fact that some of their husbands don’t allow them explore their talents.
I encourage my wife and kids to be what they want to be.
Most of the influential men and women we have in this world didn’t even go to school. So it is all about exploiting your talents. Some women love acting but their husbands won’t let them believing that other men would touch or exploit them sexually. It is all about discipline. Those that want to cheat will cheat; it is all about self control.
No! Not all. My wife tells me about her acting. Most times she even complains that some actors she acts love scenes with have mouth or body odour that she can’t wait to leave this scene.  So I even pity her on what she has to go through and endure being an actress.
This acting thing is just some minute acts and that is it. Will she follow the actor home? Lots of homes have been broken because of too pressure on the wife or even the kids.
Hmmm! Truly and honestly, I can’t forget the very first day I made love to my wife.
Follow on twitter Follow @BeautifulBlogga
Posted by thatisaleekochick at 3:01 pm