'I'd Love To Have Genevieve As My Wife' - D'banj 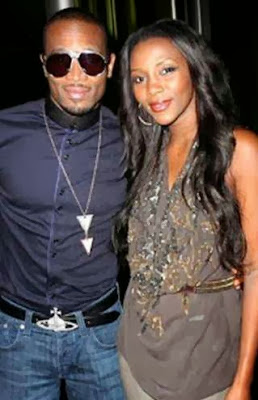 In a recent interview with PUNCH, D’banj disclosed how much he loves Genevieve Nnaji.
See excerpts below:
“Apart from the fact that she is my friend, she has been a part of my success. There is no way you are going to tell my story that Genevieve’s name will not come up because she featured in my biggest song of all time, Fall in Love. So if E True Story comes to Nigeria to interview me, she will definitely be called upon to tell my story.I would love to have Genevieve as my wife.  We never can tell what God plans for us in the future. I have studied her and I realised that anyone that has her as his woman has found himself a treasure. Just like the Bible says, any man who finds a wife, finds a good thing.”
On DONJAZZY
“If I say I don’t miss Don Jazzy, I am lying. I have spent the better part of my career with him. I was married to him in a way (laughs). So I miss everything about Mo’Hits: the family, the movement, and the vibe of being in the studio with him. I miss the jokes and the arguments, but I have since keyed into the notion that nothing can stop a moving train.
“Nevertheless we can always do music together. The track, ‘Top of the World’ was produced by a Grammy Award Winner. The songs ‘Finally’ and ‘Don’t Tell Me Nonsense’ was produced by my producer while ‘Oliver Twist’ was produced by Don Jazzy. So, why won’t I have him on my 10 years anniversary album?
On His Success

“I have never said I am a musician; I am an entertainer. Some people say I can pick up a microphone and become a comedian. Therefore nobody should come and ask if I want to go into acting because they should know I am already an actor. It depends on when the right script and concept lands in my hands.
“For now, I am concerned about achieving new things and breaking new grounds. By the time I enter Hollywood, I believe that I’ll become as successful as I have been as a singer. The movie titled ‘I am Banga Lee’, starring Genevieve, to be released in 2014, won’t be a bad idea,”