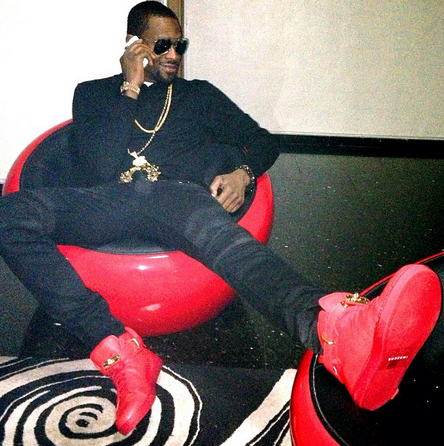 D’Banj is one of the great African pop stars of the past decade, a charming singer but, more important, a savvy showman. For years, this Nigerian singer was at the center of the Mo’ Hits Records stable, but now he’s struck out on his own with a new label and the compilation “D’Banj Presents DKM (D’ King’s Men)” (DB/G.O.O.D./Sony).

It’s an alluring contemporary pop album with an emphasis on king-size dance music, like the militarily efficient “Don’t Tell Me Nonsense” and the flash of last year’s excellent smash hit “Oliver Twist.” D’Banj is also a savvy synthesizer of the old and new Africa, as on “Nous les Meilleurs (We the Best),” a duet with the Congolese singer Fally Ipupa. But really, D’Banj has his eye on the world; he’s signed to Kanye West’s G.O.O.D. Music imprint, and the lovely “Scape Goat (The Fix)” features what’s certainly the most cheerful version of Mr. West you’ll hear this year, or any year.
Follow on twitter Follow @BeautifulBlogga
Posted by thatisaleekochick at 4:59 pm