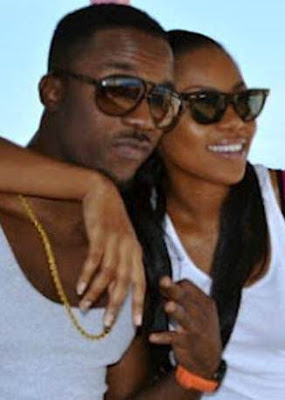 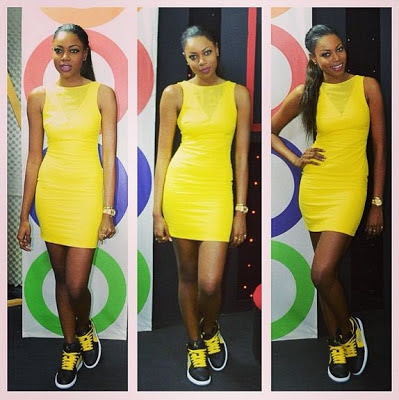 Yvonne Nelson had a very revealing interview with Bella Naija where she opened up about her relationship with Iyanya and how much he hurt her.
Excerpts:

BN: Sometime last year, you were quite emotional on Twitter when you supposedly broke up with a Nigerian music star. That incident has been shrouded with lots of cover-ups. Could you tell me what really happened?
YN: I think it’s time my fans get to know the whole truth so I’m going to let it all out. I dated one person here, he’s in the industry. There were too many lies in the relationship. I found out a whole lot of things and I just felt like he took advantage of me.

BN: Why did you go on Twitter to express your emotions?
YN: I’m human, I’m not like a robot or anything. I just wanted the whole world to know what I was going through and I just wanted them to know that I was done with the relationship.

BN: Did you actually break up with him on Twitter?
YN: I didn’t break up on Twitter. I just tweeted how I was feeling that very moment.

BN: I had an interview with Iyanya shortly after that Twitter rant and his words were “She didn’t mention my name so I don’t know anything about it. I’ve never told anyone that I was dating anybody.” Aren’t we talking about the same person here?
YN: He would say that because he was wrong. His team is also trying to protect his fan base and I don’t blame him for denying anything. It’s him and his career, that’s OK.

BN: How long did the two of you date and how would you describe the relationship?

YN: We dated for 7 to 8 months. We had something and I thought it was special, like he was a wonderful guy but it was all lies. He had other girls and other things he was doing. Aside the actress that was in the picture, there were a lot more. That is how bad it is. We were in a relationship and he lied throughout and he was able to do all those things because I wasn’t living in Nigeria. But aside from the distance, I feel if you’re a genuine person and you’re loyal, you would still not do that.

BN: Is this actress you’re talking about actually Tonto Dikeh?
YN: I feel it’s disrespectful to start mentioning other people’s names. I am talking about Iyanya because we had a thing, I don’t want to bring in a third person. There were a lot of names that people know. There was a girl from South Africa, I’m not going to mention names but she was part of Big Brother Africa last year.

BN: Most people only got to know that you and Iyanya were dating after you broke up. Were you deliberately being secretive about it?
YN: I also don’t believe in putting my relationships in the faces of people. We both had our careers and were trying to protect our fan base and that’s cool. But if you go through my Instagram page, you’d see a couple of pictures of us together. I wasn’t shy about anything but he could not say he’s dating Yvonne Nelson because he had different people he was seeing so it was very hard for him to bring it out.

BN: What did the experience teach you?
YN: There are some things that you don’t get to learn in school; people can’t advice you, you won’t even listen. You just have to experience it to learn. I have no regrets that I went through it, it would have happened anyway. We are all human beings. We fall in love once in a while but if it doesn’t work out, that’s OK.

BN: Have you moved on since then?
YN: I have! It happened last year but I’ve moved on. I’ve been working hard, been producing movies. I still listen to his music, I love his album. I love the Track 1 with MI and I love, ‘I Got It’. He is a very talented guy, I always have goose bumps on my body when he sings.

BN: Aside from the music, what else was the attraction?
YN: You can’t really explain when you love somebody. It’s everything. It was just something that I felt and I can’t explain. It was love, I really really loved him and he knows that.

BN: How do you feel about him now and what message would you like to pass on to him if you had the chance?
YN: Iyanya is such an amazing person but I just feel he needs to be more honest and be a man of his words. It’s not good if he takes advantage of women. My Mum always says any man who takes advantage of women won’t end up well. It’s Karma, it’s going to come back to you. He should treat women fairly and he should be an honest person. It’s been a while though, I haven’t seen him. He is doing amazing things in his career and I wish him luck.