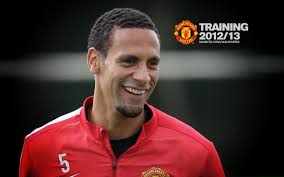 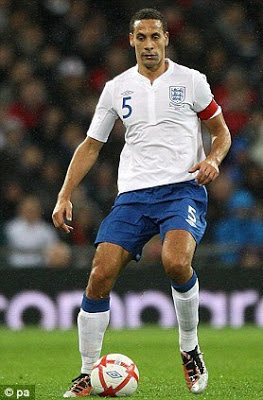 Manchester United defender Rio Ferdinand, has announced his retirement from International football to concentrate on his club career.After 16 years of playing for England,he has decided to quit.

Ferdinand explained why he quit England in a statement released today:


'After a great deal of thought, I have decided the time is right for me to retire from international football. At the age of 34, I feel it is right for me to stand aside and let the younger players come through, which allows me to concentrate on my club career.

'The team looks in great shape and there is an influx of young, talented players coming through the ranks which bodes well for the future.


'I regard it as a great honour and a privilege to have represented my country at every level from Under 17s upwards. I have always been very proud to play for England. I would like to wish Roy and the team all the best for future tournaments.


'A big thank you to all the fans, managers, coaching staff and players that I have worked alongside - the journey has been incredible.'

Good luck to him.
I just had to wish him good luck,considering I had a very big crush on this wonderful ball player for a very long time.*wink
Follow on twitter Follow @BeautifulBlogga
Posted by thatisaleekochick at 3:54 pm