*That Lagos State was created on May 27,1967.
*That Lagos State took off as an administrative entity on April 11 1968,with Lagos Island serving the dual      role of being the state and Federal Capital respectively.
*That,with the formal relocation of the Federal Government to Abuja on 12th December 1991,Lagos ceased to be Nigeria's Capital.
*That Lagos is located on the South -Western part of Nigeria on the narrow plain of the Bight of Benin.
*That the state is the smallest in Nigeria,yet it has the highest urban population which is 27.4% of the national estimate(UN habitat).
*That Lagos attained mega city status in 1995, when its population soared to over 10 million people.
*That the state is made up of five administrative divisions namely,Ikeja,Badagry,Ikorodu,Lagos,and Epe(IBILE).
*That Alhaji Lateef Kayode Jakande was the first civillian Governor of Lagos State. 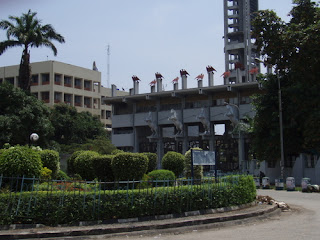