"Emoire Began As An Events Marketing Company In Nigeria"Adeshola Akindele

Adesola Akindele is the founder of “Emoire”,which is an organisation that has helped plan big events,and push innovative ideas into limelight. Emoire Ltd UK incorporated in March 2011, is a virtual consultancy run by the hardworking lady. Coming from a strong marketing background, she jumped onto the social media and digital marketing train after a visit to San Diego USA, where she met her first mentor who encouraged her to ‘go social’. Unwilling to sit back and waste her skills, she transferred her experience from working as an executive marketing officer in West Africa to the digital-sphere and created Emoire.One of her biggest jobs was, JP Kingdom which is a clothing line for plus size ladies.The london trained mother of one,speaks about Emoire,and her major projects,in this interview with Qismat Yinus.

#What is Emoire all about?
Emoire is a collection of consultants that help people's businesses in Nigeria,and the UK start up and grow.We also help them with marketing and to reach their target audience.Emoire has expanded over the years,and now has different brackets.We started off Emoire in Nigeria,and it now has an event company arm that has been running for five years.Emoire Uk started about a year ago,and what this arm Of Emoire does is mainly digital business set up,where we help businesses that are online set up.We help them from the idea or infancy stage to the launch stage.We also help with the business plan,products,pricing,and operations.Recently we started Emoire Academy,which was established to help people that just got out of university,to set up their businesses online.It will help solve the problem of unemployment.We also have www.iniidit.com,which is a social network platform which is basically for Nigerians.You can get any information you want on this site.
#How did you come about the name 'Emoire'?
I speak French,it is my favorite language.France is my second favorite country after Nigeria.I put two words together,Memoir,and Extraodinaire,and I got Emoire.It means that people should have lasting extraordinary memories about us.People must feel good,anytime they remember us.
Tell me more about Emoire?

Emoire began as an events marketing company in Nigeria, creating interesting events to help clients connect with our target audience. Now a UK company, Emoire has steadily grown with low overheads due to its virtual nature, working with outsourced consultants plus foreign proxy staff and a skilled West Africa team.I give all praises to The Most High and recommend working with a mentor which is the premise for the soon to open Emoire Academy: a social eMentoring centre for would be entrepreneurs.Emoire has successfully launched brands on social media networks servicing a total of 8 clients since October 2011. I’ve created new subdivisions to expose the brand further this year and is becoming a global group; Emoire Group (now active online) and headquarters to be California USA this year, the world digital business capital.Emoire has attracted an investor in the first quarter of 2013, to help boost the entire House of Emoire which includes www.emoire.co.uk: our social media management and digital marketing company; www.emoireacademy.com: our eMentoring online centre;www.emoiregroup.com/luvtv: our social web TV channel, www.iniidit.com: our very own private social network for entrepreneurs and BIABOX- Emoire’s business in a box service solution which gave us JPKingdom last year and is getting a new and improved look and service offering later this year.New partnerships and investment has given Emoire the opportunity to grow in staff numbers in order to offer added business services including the soon to be launched LuvTv, coming to your web screens on Valentine’s Day this year. LuvTv has already clocked over 50k views on our YouTube channel and is set up to help show Nigerians around the world in a positive light. My hard work, and my team’s dedication and determination over the past six years will ensure that Emoire becomes a global, social empire by 2014. 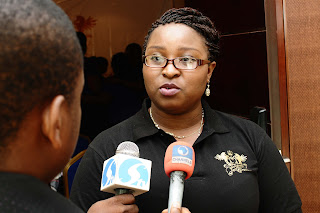 #Your Family and Educational Background?

I am a University College of London graduate.I have a BSc,which is comprehensive in Economics,Business studies,East European Studies,I did two languages too,German,and Russian readings.Before that,I had attended,Chrisland schools,Atlantic Hall,and also my A'levels at Kent College London.I am a honorary member of Who is Who WorldWide,which is run by Donald Trump Jnr. I was honoured late last year based on my works abroad.              Follow on twitter Follow @BeautifulBlogga
Posted by thatisaleekochick at 2:43 pm 3 comments:

WALIYAH  SET TO TAKE OVER THE NIGERIAN MUSIC SCENE
She’s been hailed as Britain’s answer to Beyonce, she released a tribute track for the London Olympics and she’s been amassing a fanatical fan base across the UK, America, Dubai and Africa. Now Waliyah has gone back to her roots with her new hit Afro pop single ‘EJEKAJO’. This follows the success of her first EP (2010)- which spawned the internet sensation ‘Hidden Audible EmotionAgenda’ the acclaimed digital single; and her second (2011) that gave up the EP Supernova increasingly popular single ‘6AM’.

We caught Waliyah at the airport on route to Nigeria for her single launch and listening party to enlighten us about ‘EJEKAJO’ and she said ‘this was my favourite track to record because I was able to let loose and sing a good part of the song in Yoruba, my native language’. Waliyah who has been song writing for 9 years expressed she has never felt more alive. ‘Ayo a kari o’, part of the lyrics of this soon to be massive hit, is a popular greeting at joyous gatherings back home in Lagos and she is at a point in her life where she wants to rejoice. She tells us that ‘to rejoice back home, we dance’ which she reveals is what ‘EJEKAJO’ represents.
Waliyah means ‘princess’ in Arabic, is the London-born daughter of one of Africa’s most famous business, political and philanthropic figures. Although her dad tragically passed away, remarkably Waliyah has remained undeterred by adversity and funds her music career with her very successful career in investment banking. An Imperial college graduate, this sultry African beauty knows her marbles and is well clued into what is going on in the Nigerian music scene having shared the stage earlier this year with the best: Tiwa Savage, Omawunmi, Nneka at LoudNProud Live Series. 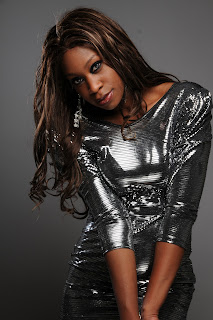 David Brant, the hit producer for girl band Misteeq, described her by saying: “Take Beyonce’s glamour, Alicia key’s soulfulness, lady Gaga’s dramatic flair, Rihanna’s distinctively popstatic vocal delivery, Aaliyah’s mysterious star quality, and the looks of a young Tina Turner - and you get Waliyah.”
Funmi Iyanda, the award-winning BBC producer, added: “This girl’s going to be a huge star - she has that special X-factor”. Waliyah said: “2011 has been a year of ascension but 2012 is a year of Afro pop reconnection’. Follow on twitter Follow @BeautifulBlogga
Posted by thatisaleekochick at 4:01 pm 1 comment: